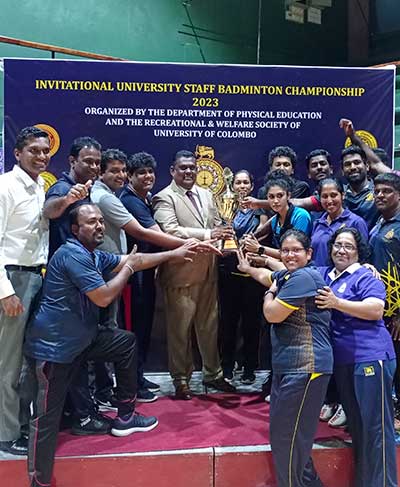 The Recreational & Welfare society of the University of Colombo in partnership with the Department of Physical Education and the staff Badminton team hosted the Invitational Universities Staff Badminton Championship 2023 on January 13th and 14th at the Indoor Gymnasium. The event aimed to promote a healthy work-life balance and foster relationships among staff members from universities and higher education institutions across the country.
Over 150 staff members from 9 universities and higher education institutions participated in this championship, marking the first major sporting event among university staff since 2018. The Championship was divided into four categories: Open Men, Open Women, over 40 Men and over 40 Women.
The overall champion of the tournament was awarded the “Vice Chancellor’s Challenge Trophy” and the University of Colombo emerged victorious as the Overall champion with a total of 22 points. The University of Peradeniya secured second place overall with 21 points. The awarding ceremony of the championship was held under the patronage of Senior Professor (Chair) H.D. Karunaratne, Vice Chancellor of the University of Colombo, and the results for each category are presented in the table below. 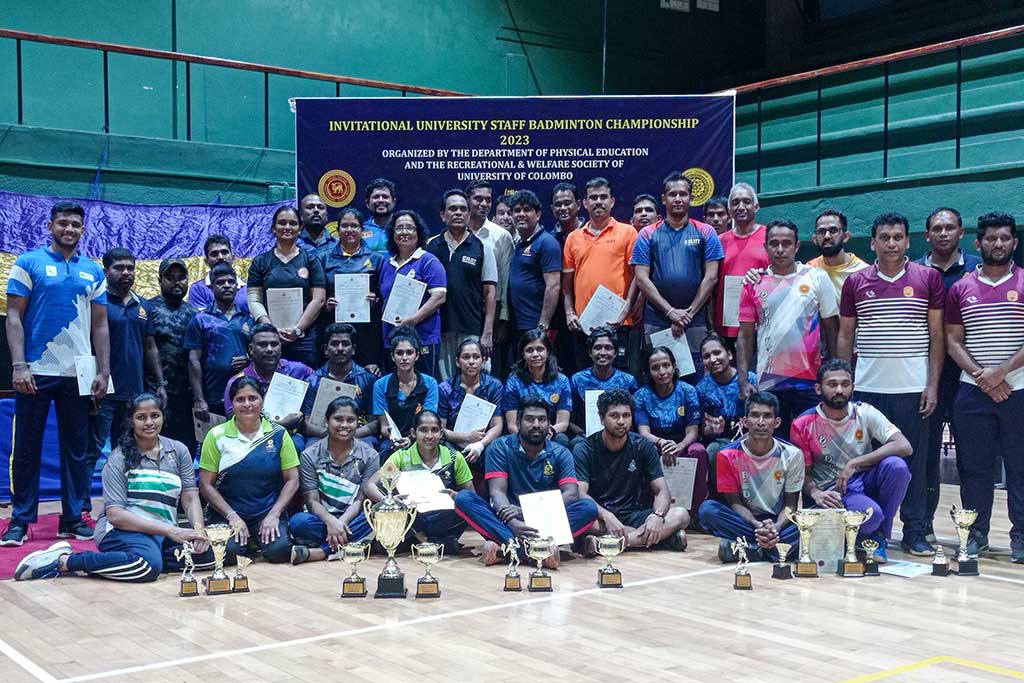 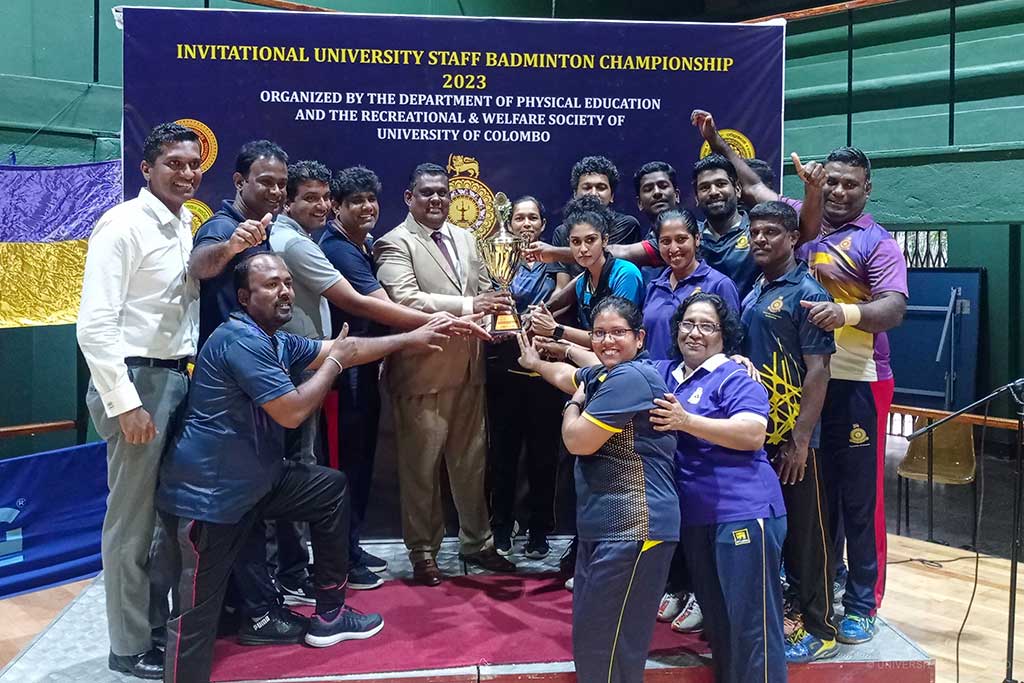