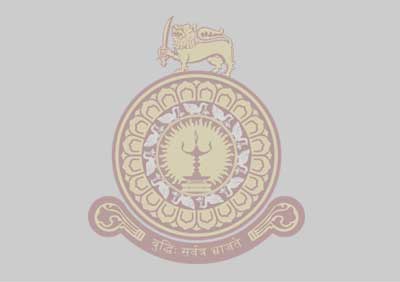 We are shocked to acknowledge probably the worst marine ecological disaster that ever happened off Sri Lanka`s coast as the cargo ship X-Press Pearl caught fire on 20th May at 9.5 nautical miles away from the port of Colombo. Reportedly, it was carrying a consignment of tonnes of hazardous toxic chemicals, including 25 tonnes of Nitric acid, plastic pellets and raw materials for cosmetics production in 1,486 containers. The ship is being towed away from the Sri Lankan sea; yet, the destruction of marine resources of our opulent sea had already begun to appear a few days ago and cannot be fully reversed. The plastic pellets have washed ashore, and certain marine fauna can be witnessed dead and are in misery at several beaches. Although the damage caused to natural marine resources and associated ecological and economic losses have not yet been properly estimated, the impact of such catastrophes in history around the world can never be underestimated. It is unfortunate to witness a tragedy like this in an era when the whole world realizes that restoring ecosystems to pristine conditions is a timely requirement in the face of climate change and the scarcity of natural resources.

As a long-rooted educational institute, the University of Colombo intends to convey that we are deeply saddened by this unfortunate incident and we strongly encourage the conservation of precious natural assets in our country. We are willing to help in any way possible in recovery and restoration efforts in the wake of this tragedy. Further, we like to mention that several academics of our university are already involved in assisting  the process.