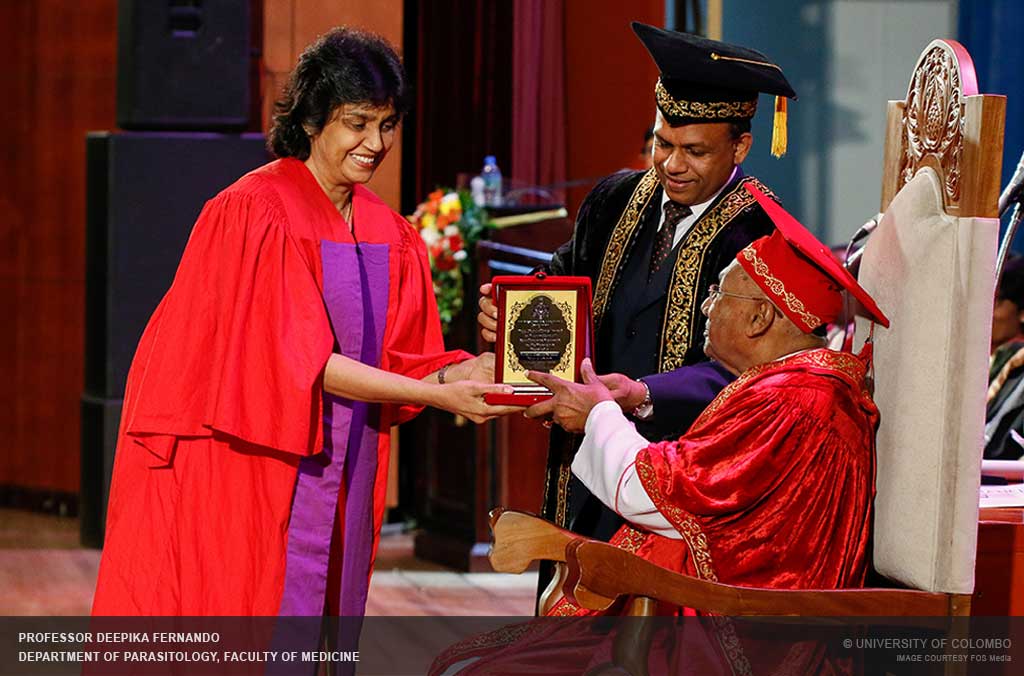 The Vice Chancellor’s awards for Research Excellence 2017, are presented during the Postgraduate Convocation 2017 on 13th of November 2018 at the Bandaranaike Memorial International Conference Hall for the contributions made by the senior academic staff in their outstanding research works. 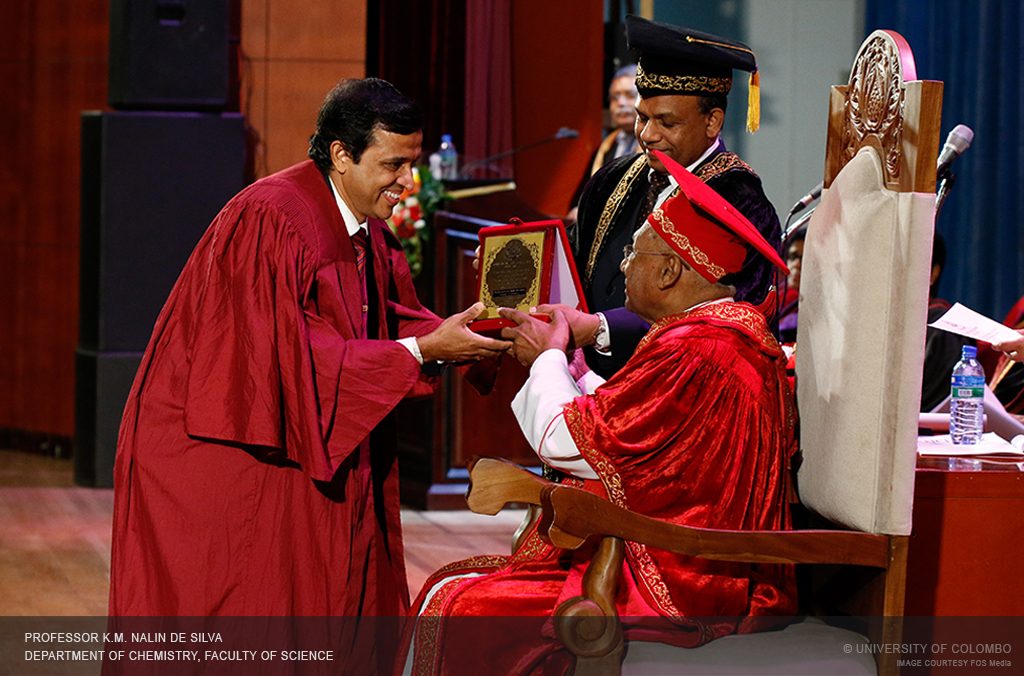 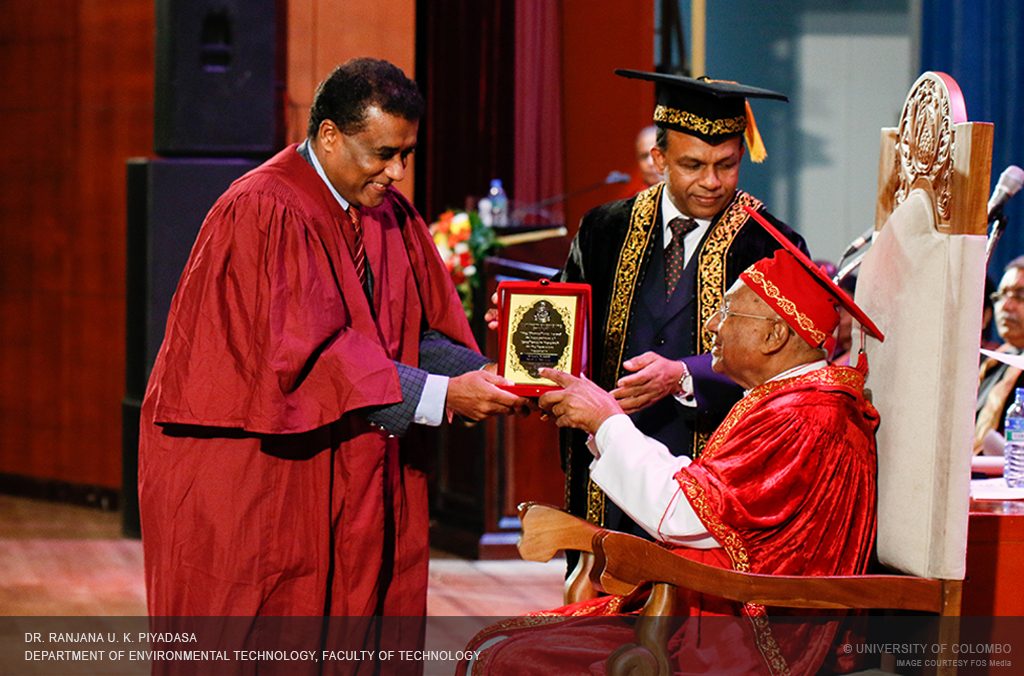 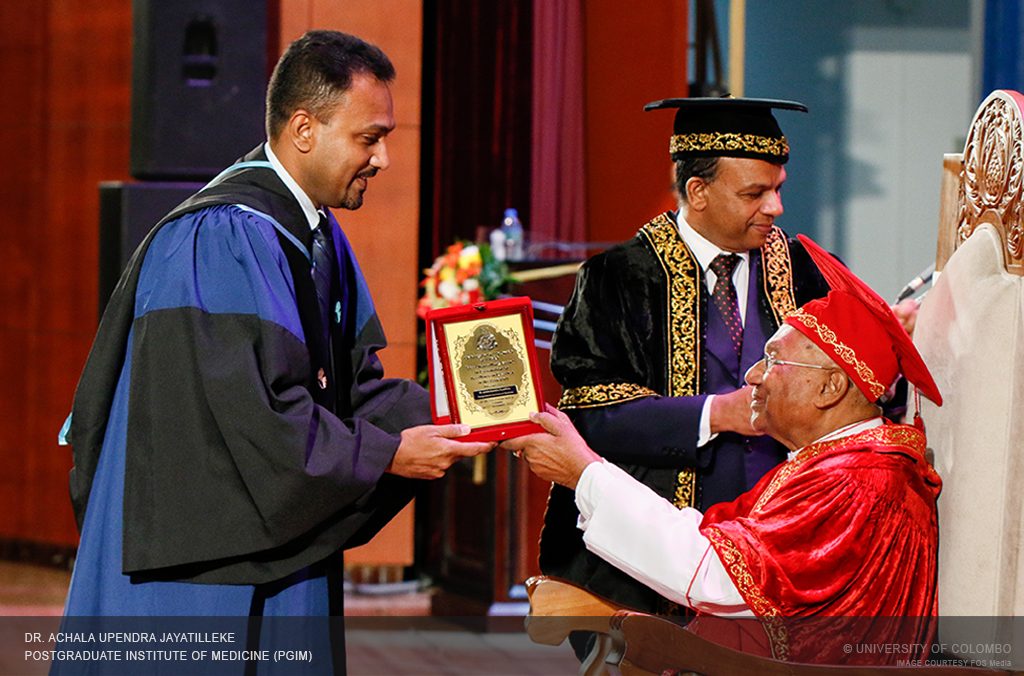 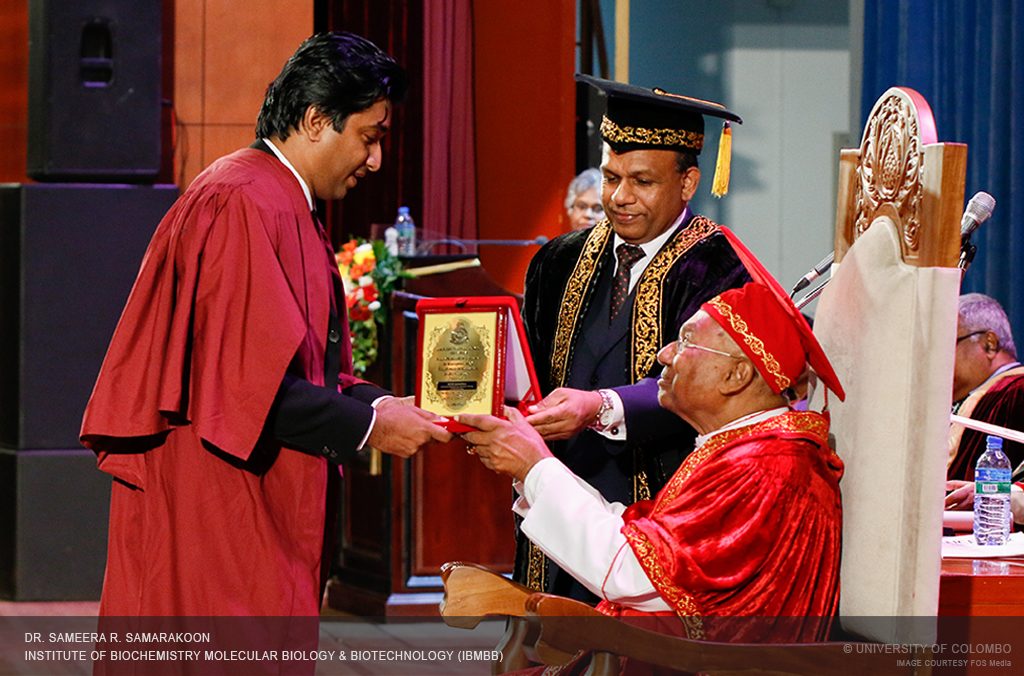 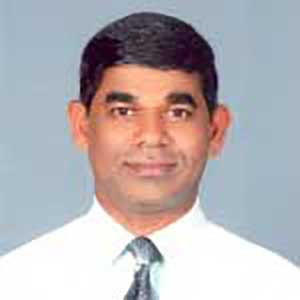 Professor Chandrasiri Niriella (Ph.D.) is working as a Professor in Urban Sociology at the Department of Sociology, University of Colombo. He has completed his B.A. & M.A. Degrees in Sociology at the University of Colombo. He did his postgraduate work at several national and international institutions, earning his MPhil in Social Sciences from the TISS Mumbai, and, a Ph.D. in Social Sciences JNU, New Delhi. Currently, he is following a Postgraduate Diploma in Urban Management and Development Theories, at the Erasmus University, in Rotterdam, the Netherlands.
Prof. Niriella has over 25 years of experience working as an academic in the University. He is a leading recognized researcher in the country and most of his research work has been based on urban sociology particularly in cities, urban housing, condominiums, urban neighborhoods, and ethnic harmony in Sri Lanka. Prof. Niriella has authored the following books:

Further, he has also authored various research articles in urban sociology. Professor Niriella won the same research award for the year 2014 and he has a distinguished scholarly record and a much deserved international reputation. Deepika Fernando is a Senior Professor and Board Certified Specialist in Parasitology. She graduated with First Class Honours from Kasturba Medical College, Manipal, India in 1994. She joined the Department of Parasitology as a Lecturer in 1995 and has held many posts in the University since, including the Chairperson of the Research and Higher Degrees Committee. She has an impressive track record on malaria research – having carried out some seminal work for her PhD as a WHO/TDR grantee, on “The impact of malaria on the cognitive performance and physical development of the school child”. She also holds a Diploma in Medical Microbiology and a MD in Medical Parasitology from the Post Graduate Institute of Medicine of the University of Colombo, Sri Lanka.  After successfully completing the MD in Medical Parasitology, she proceeded to the Welcome Trust Centre for Human Genetics, University of Oxford, UK for her overseas training. She has played an important role in developing the research capacity in the country by supervising several postgraduate research students working on malaria and other infectious diseases.

Professor Fernando has over 95 publications in peer-reviewed journals and 1656 citations with a H-index of 20. She has received numerous research awards including the National Research Council, President’s award for excellence in research on 13 occasions, University of Colombo Award for Excellence in Research in 2006 and the CVCD- Excellence Award, which is the highest research award that can be bestowed upon an academic in the country,  for the most outstanding young researcher in health sciences for the year 2006.

Professor Fernando has been closely engaged in the elimination of malaria in Sri Lanka, providing technical advice and assistance to Sri Lanka’s Anti Malaria Campaign since 2008, including making a major contribution to the preparations for WHO certification of the country for malaria elimination in 2016. She is a key member of the Technical Support Group that was established by the Ministry of Health for the elimination of malaria, and now serves as an advisory body on the prevention of re-­introduction of malaria. K. M. Nalin de Silva completed his school education at Nalanda College and entered the University of Colombo in 1986. He obtained his B.Sc. First Class in Chemistry in 1992. He was awarded the Bhikaji Framji Khan Gold medal, Charlotte Peiris Scholarship and Dr. C.L. de Silva memorial prize for chemistry for his performance. He participated in many sports and received university Colors for both Tennis and Table tennis and also captained both Tennis and Table Tennis teams in 1991 and 1992 respectively. He was also awarded the most outstanding science student of the year award in 1992. He joined the University as a Probationary Lecturer in 1993. He obtained his PhD from the University of Cambridge in 1998. He was promoted to the post of Professor in 2005 at the age of 39 and later promoted to the post of Senior Professor in 2013. He was also appointed as the Science Team Leader in Sri Lanka Institute of Nanotechnology in 2012 and he continues to hold the position for last 6 years. He has gained postdoctoral experience from University of Cambridge and Louisiana State University, USA. He has established a collaboration with University College London, UK. His research group has raised Rs. 70 Million including a NRC Mega grant, Rs. 48.5 Million during last two years.

He initiated the center for advanced materials and devices in 2018 through Rs. 14 Million funding from the University of Colombo. He has supervised 140 undergraduates and 30 postgraduates and the present research group consists of 12 PhD students, 6 undergraduates and 4 MSc students. He has published 80 peer reviewed indexed papers averaging 10 indexed papers per year during last four years. His h-index is 17. He has filed four Patents in the USA. Two of his patents in SLINTEC have already been sold to MAS and LANKEM for commercialization. He has won seven Presidential Research Awards and a National Research Award. He was also named as the ‘Young Scientist of the Year’ in 2004 by The World Academy of Science. Chancellor, Your grace, I have the honour to present Dr. Pavithra Kailasapathy for the Vice Chancellor’s Award for Research Excellence for the year 2018. Dr. Ranjana U. K. Piyadasa, is a Senior Lecturer and the Head of the Department of Environmental Technology of Faculty of Technology, University of Colombo. He obtained his PhD in Hydrogeology and M. Sc. in Engineering Geology from the Moscow State Geological Prospecting Academy in Russia and has been featured with more than 100 publications in peer reviewed international and national journals to his credit together with 5 books and 5 book chapters which were published internationally during his academic and research carrier that spans over two decades. He is one of the pioneers of initiating collaborative academic and research culture in the newly established Faculty of Technology by establishing international collaborations with China and Japan.

Dr. Piyadasa serves as a visiting academic of several national universities and Ibaraki University, Japan. He has been supervising more than 40 postgraduate students reading for both M. Sc. and PhD degrees and has been serving as a postgraduate examiner for several international universities. Further, he is serving as a reviewer in several peer reviewed international journals and also the Chief Editor of the journal “Geography” which publishes three issues annually. He is an active member in German Academic Alumni (DAAD) since year 2006. He has over 50 publications in peer-reviewed journals and over 4000 citations with an H-index of 14. His main research interests are in Public Health Informatics, Health Systems, and Injury and Violence Prevention. He has worked as the Director of Studies, Faculty of Graduate Studies, University of Colombo and currently he is the coordinator for the Masters in Information Systems Management programme at the FGS.

Dr. Jayatilleke has received both international and national research grants and has supervised many masters and doctoral research students.  He has received several research awards, including Presidential Awards for Scientific Publications. 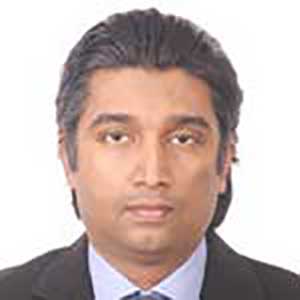