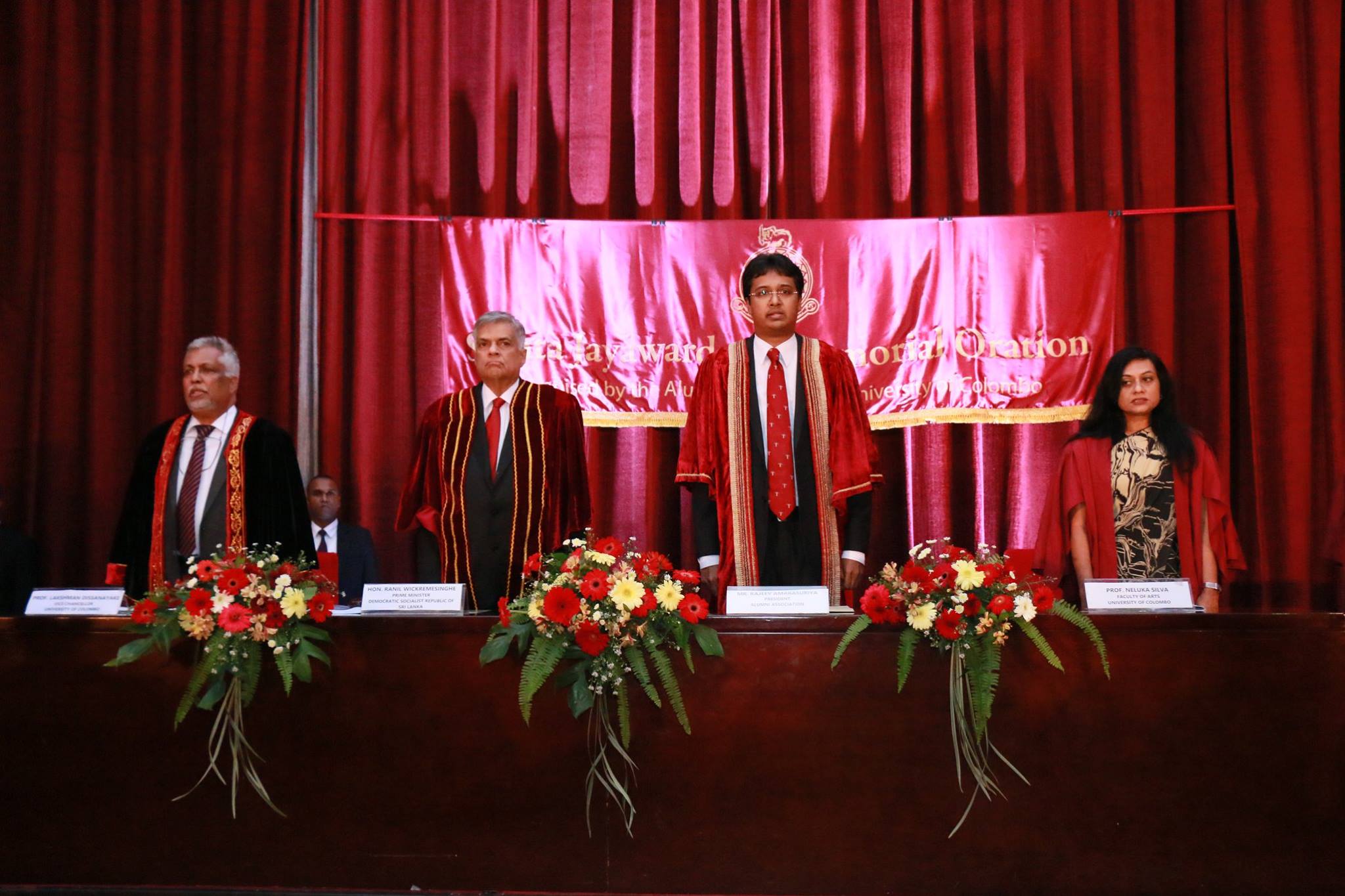 The 12th Sujata Jayawardena Memorial Oration, commenced with a formal academic procession comprising of the deans, professors and other academics of the University of Colombo. The Prime Minister, who was also in ceremonial dress, was accompanied into the hall by the President of the Alumni Association Rajeev Amarasuriya and the Vice Chancellor Prof. Lakshman Dissanayake. Chairman of the University Grants Commission Prof. Mohan De Silva and Past President of the Association Thilak Karunaratne also joined in the procession.

Amarasuriya delivered the welcome address. The President mentioned that the topic for the oration “Strengthening Democratic Institutions” had been selected and conceptualised by the Prime Minister himself, and further that it was clear that the Prime Minister was not driven by short term objectives, but was looking beyond the traditional political fabric in order to build a country which is supervised and guided by institutions, which are independent, transparent and strong within their respective spheres.

Posted by The Alumni Association of University of Colombo on Sunday, December 13, 2015