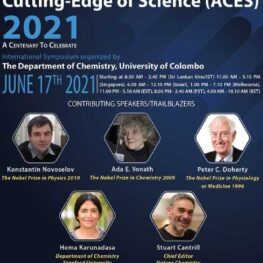 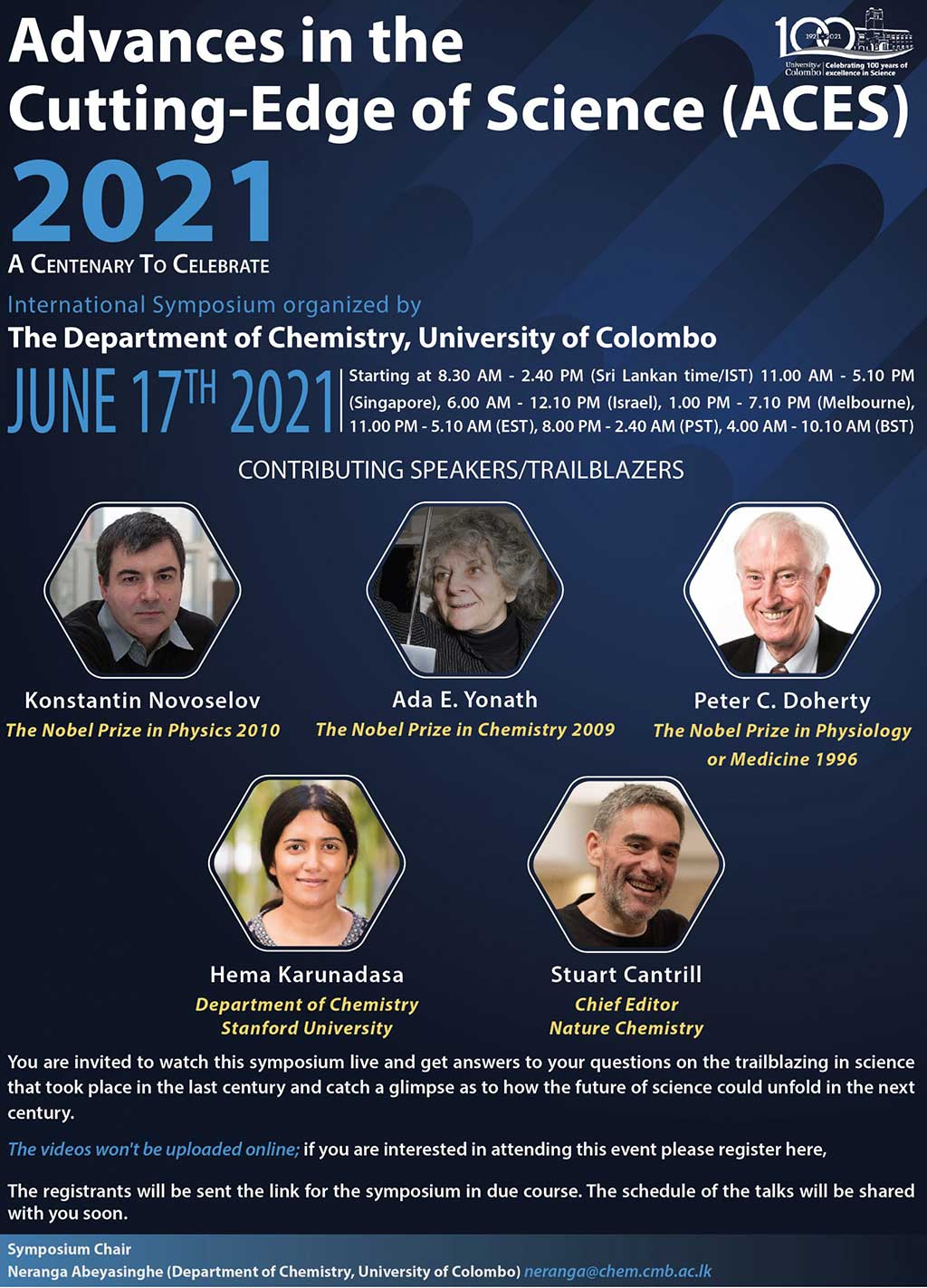 The Department of Chemistry, University of Colombo is organizing an international (virtual) symposium (ACES 2021) on June 17th, 2021 (starting at 8.30 a.m.) highlighting how the cutting-edge of science (i.e. scientific exploration) had evolved over the last century (register: https://forms.gle/ieGbEGSeZuWPnkUH9 ). The attendees will also be able to catch a glimpse as to how the future of science would unfold in this century. This event will be graced by trailblazers in science such as Nobel laureates and pioneers in the field.

We invite interested participants from all corners of the globe to attend this event and be enlightened on the cutting-edge scientific endeavours. Since this is a registration-only event, make sure to register to the symposium using the following link (https://forms.gle/ieGbEGSeZuWPnkUH9). More details of the symposium will be informed to the registrants.