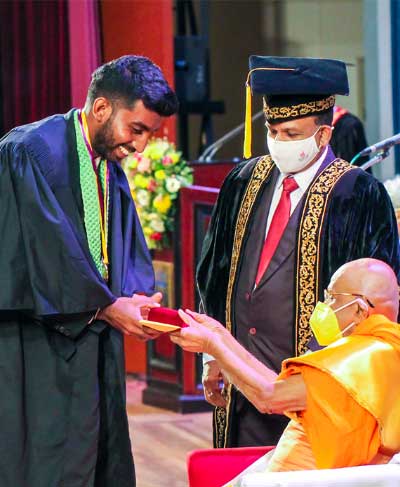 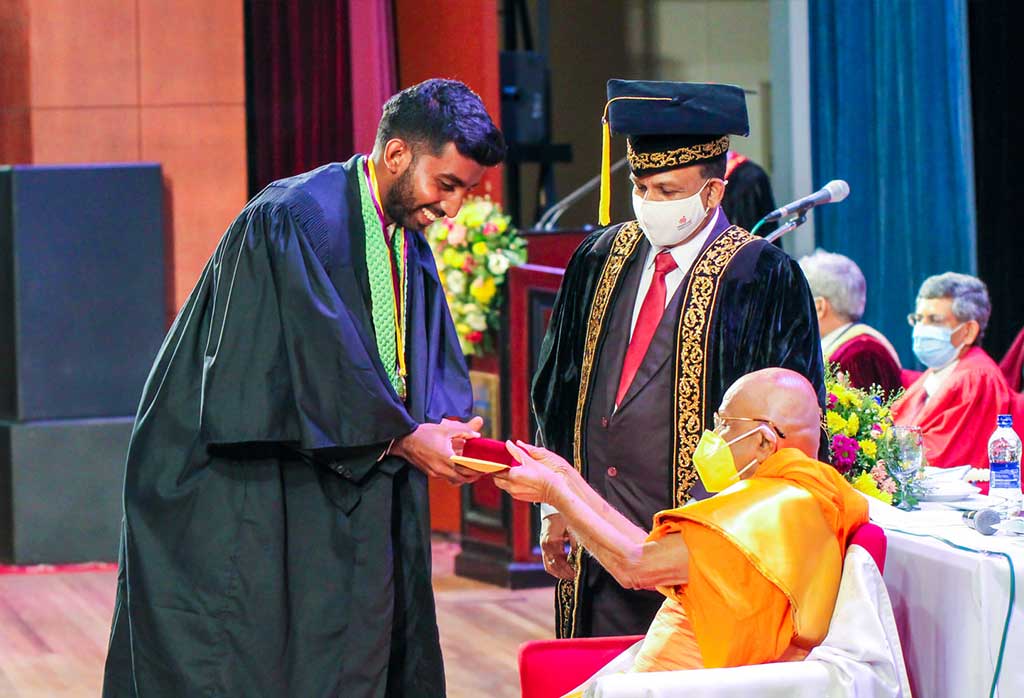 Mr Yasitha Rangana De Silva was awarded the Canekeratne Prize for General Merit in the Ceremonial Graduation 2019 for completing his bachelor’s degree in Business Administration (Honours) Degree in International Business with a Second Class (Upper Division) in the Faculty of Management & Finance.

Mr. Yasitha is the current National Tennis Champion and a two-time National Doubles Champion at the domestic level. He has held the No. 1 rank in Sri Lanka for both singles and doubles. While at University, he represented Sri Lanka at the World University Games in 2017 & 2019, where he captained the entire Sri Lankan contingent in 2019. Being a Tennis captain of the University of Colombo, he has been instrumental in securing 4 Inter-University Championships, including two SLUG championships. In recognition of his notable achievements, Mr. Yasitha has been awarded the Most Outstanding Sportsman of the University of Colombo for four consecutive years, while being a SLUSA and University Coloursman from 2016 – 2019. He is currently reading for his postgraduate degree at the Faculty of Management & Finance and also has passed finalist of the Applied Knowledge Stage of ACCA.