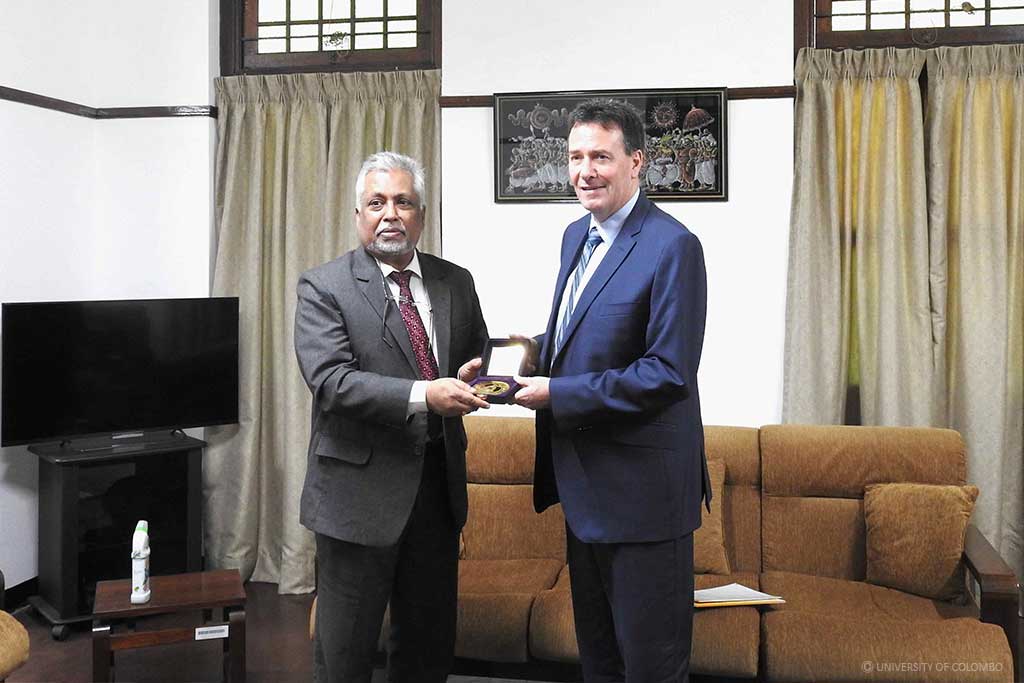 His Excellency Mr. Bryce Hutchesson, the High Commissioner of Australia to Sri Lanka visited Professor Lakshman Dissanayake, Vice-Chancellor of University of Colombo on 04th January 2017. During the meeting, Professor Lakshman Dissanayake elaborated to the His Excellency Mr. Hutchesson the current and intended future academic collaborations of University of Colombo with the premier Australian Universities and thanked the High Commission for their continued support. His Excellency Mr. Hutchesson, expressed his sincere willingness to further strengthen the academic collaborations with the Australian Institutes of academic excellence. Dr.Kokila Konasingh, the Director of the International Office of University of Colombo accompanied the Vice-Chancellor for the meeting. 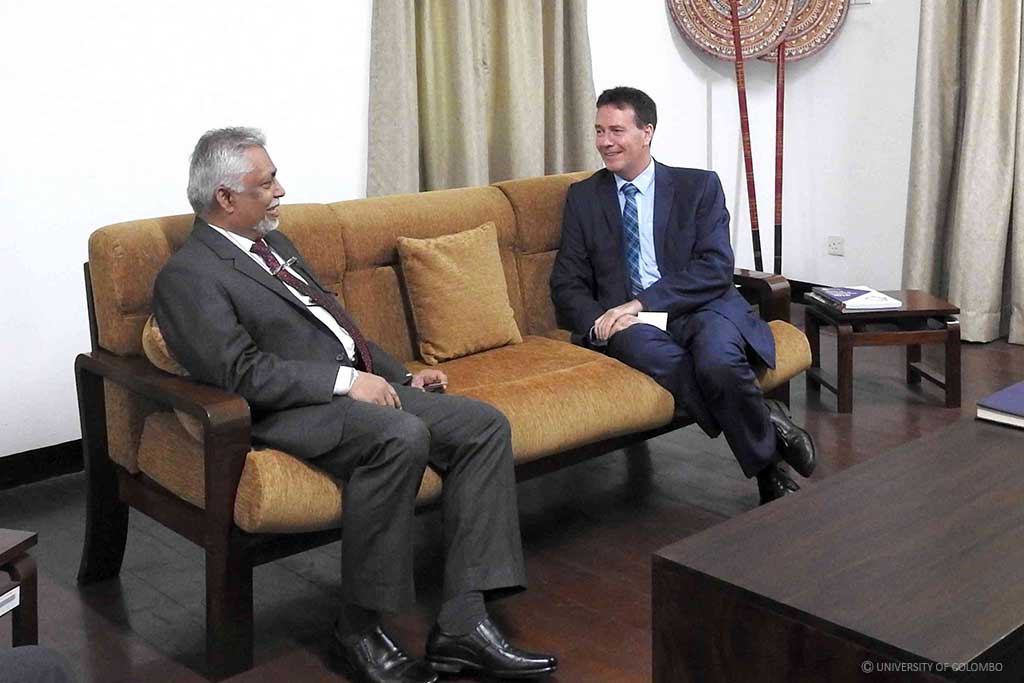