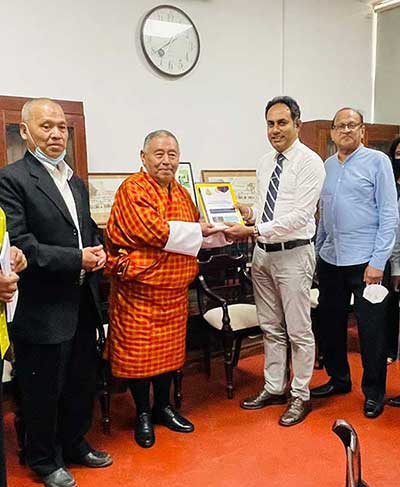 Hon. Chief justice (former) of Bhutan, Sonam Tobgye visited the faculty of law on 21st March 2022 during his visit to the Nagananda International Institute for Buddhist Studies. President’s Counsel Prashantha Lal de Alwis took charge of coordinating the event. Prof. Sampath Punchihewa, the Dean of the Faculty of Law, warmly welcomed the former Chief Justice to the faculty.
Justice Tobgye headed the committee that drafted the Constitution of Bhutan 2008. He shared his experiences on the constitution drafting process, also highlighting the inspiration the drafters gained from the country’s Buddhist heritage. Justice Tobgye was further convinced of the importance of collaborations between Bhutan and Sri Lanka to expand legal education and research opportunities. Justice Tobgye handed several of his publications to the Law Faculty as a token of his friendship.
Justice Tobagaye served as Chief Justice of the newly created Supreme Court of Bhutan from 2010 through 2014. He also served as president of the South Asian Association for Regional Co-operation in Law (SAARCLAW), from 2011 through 2014. His public service spanned 43 years, beginning as master of household to King Jigme Dorji Wangchuck and ending in constitutionally-mandated retirement at the age of 65. During the gap between the administrations of Prime Ministers Jigme Thinley and Tshering Tobgay, he served as Bhutan’s head of government as Chief Advisor from April to July 2013. 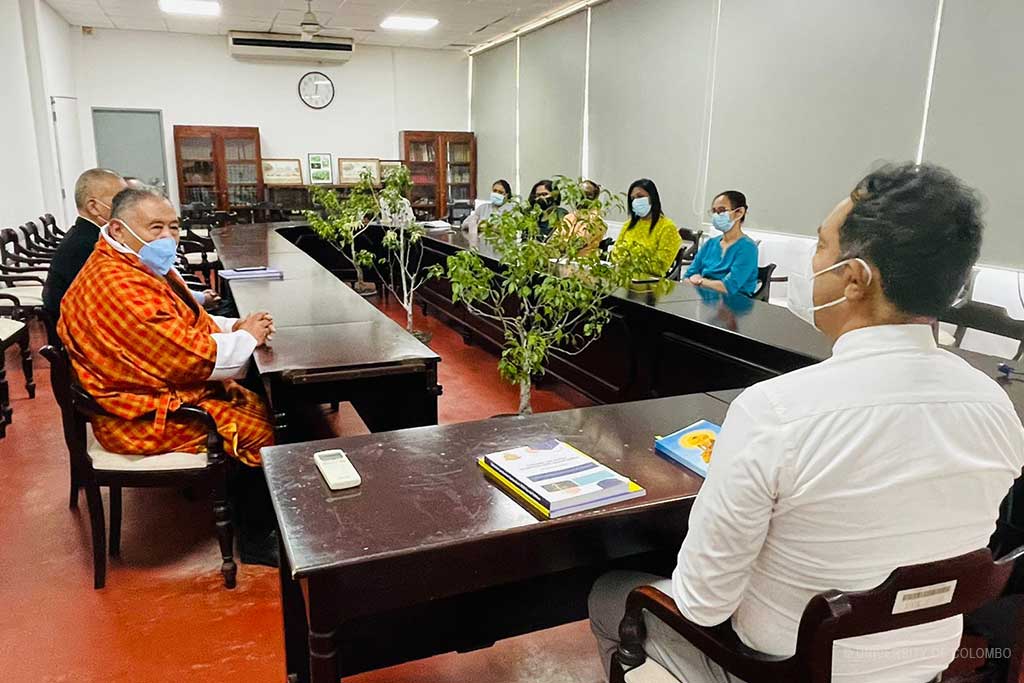 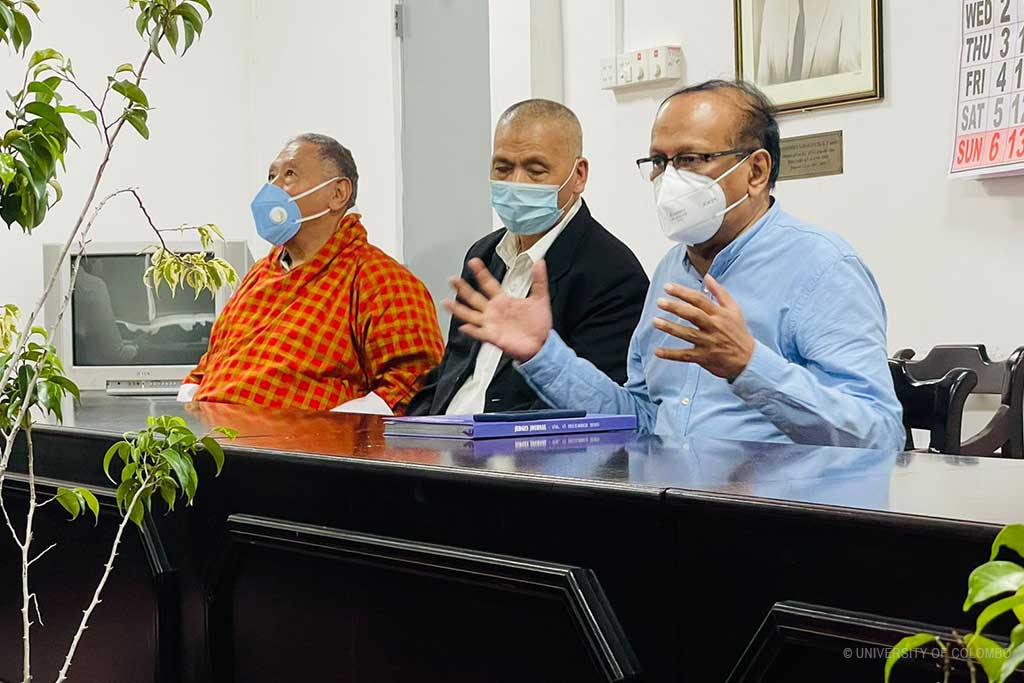 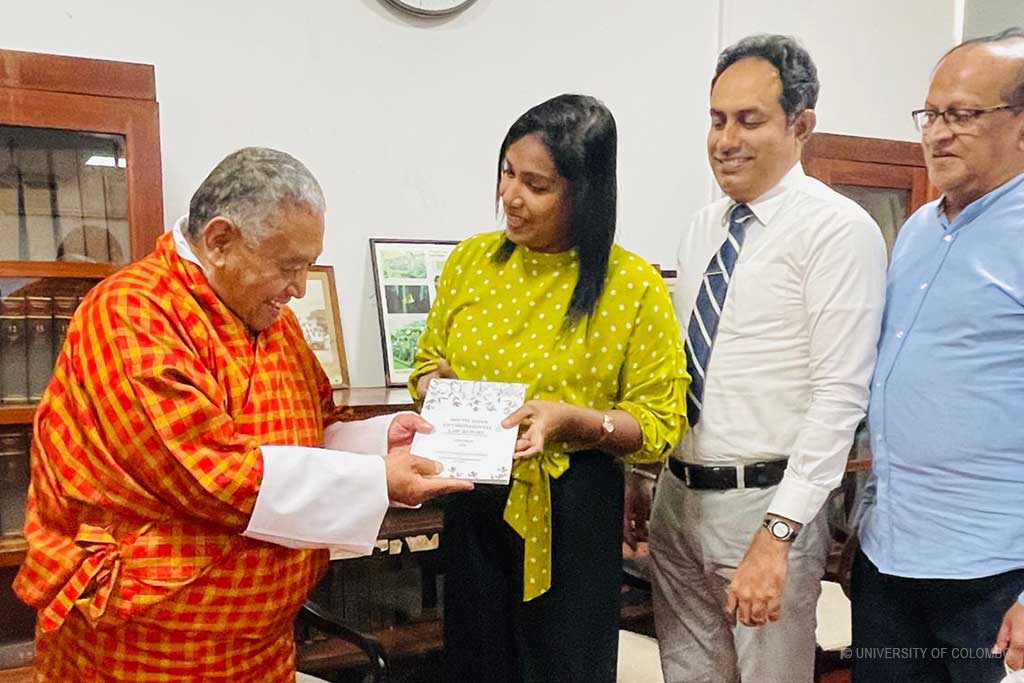 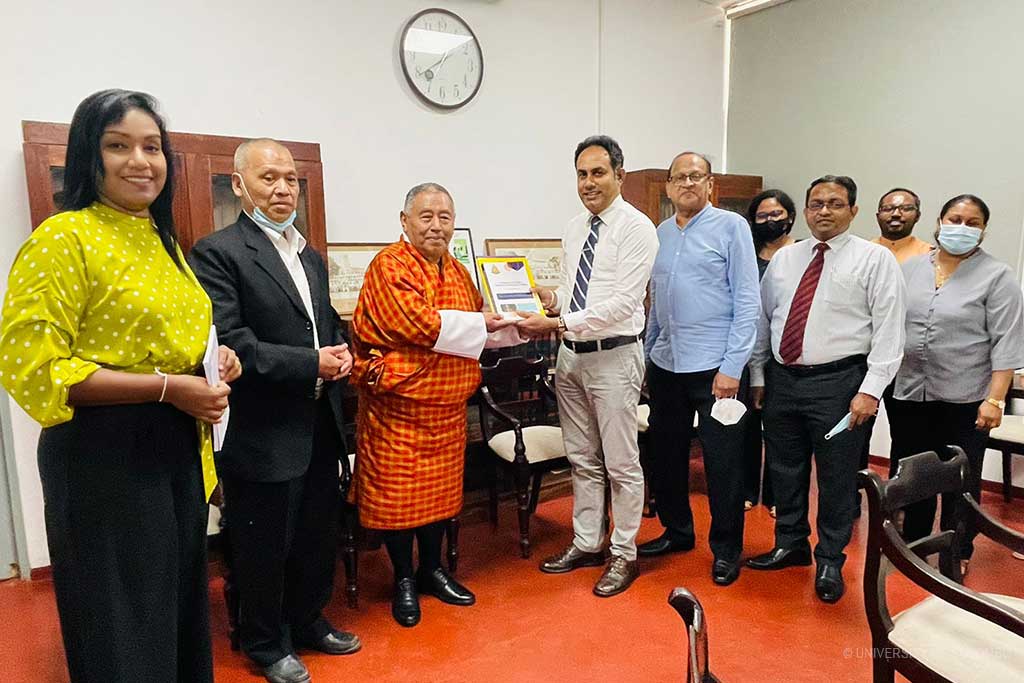 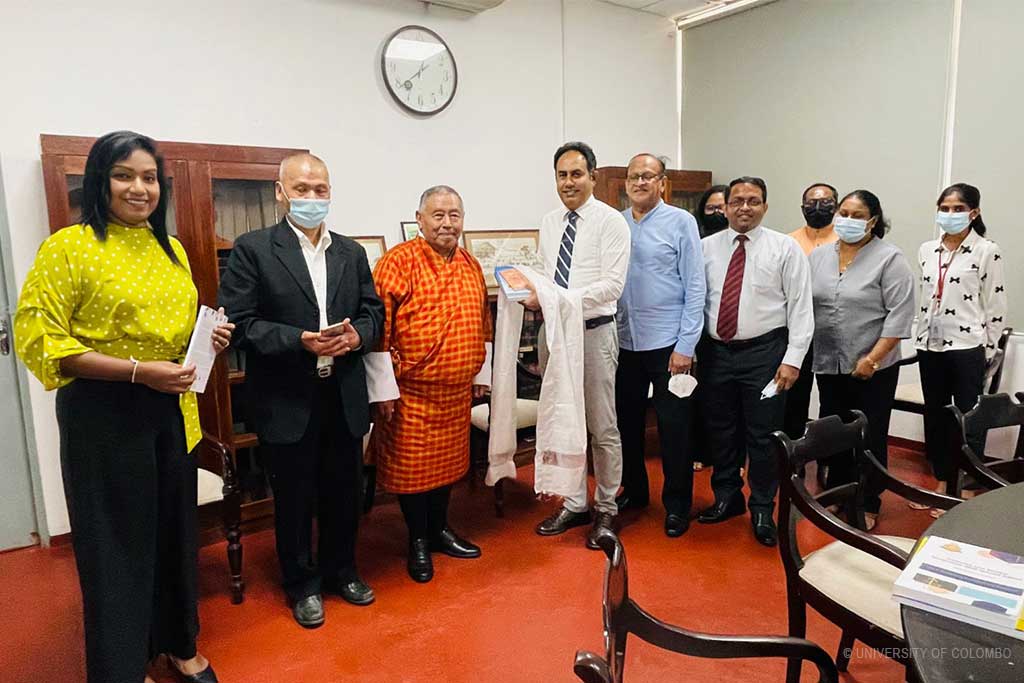 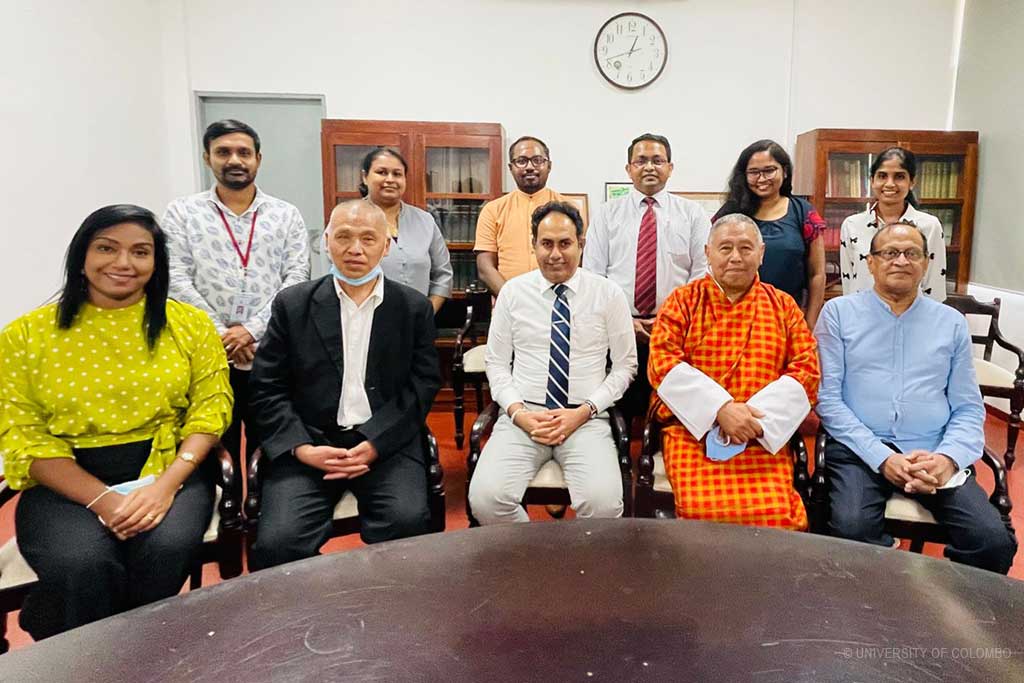