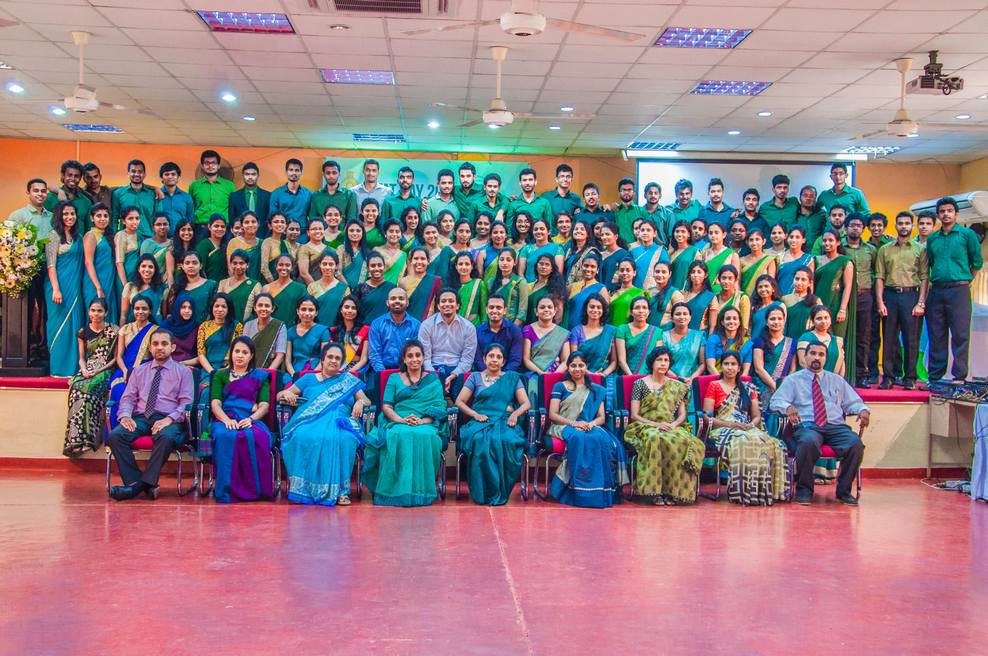 The ‘Stat Circle’ is a society formed by the students of the Faculty of Science, University of Colombo. The aims of the Stat Circle are to enhance the statistical knowledge of the students and the outside community and to communicate and exchange ideas with other societies, universities, the industry and school children.

The most prominent event of the Stat Circle, Stat Day 2017, was held on the 30th of March, 2017 at the Main auditorium of Faculty of Graduate Studies with the participation of many distinguished guests from the government sector, private sector and academia. In addition undergraduates from state universities and school students also gathered for this outstanding event.

Statistics plays a vital role in changing the future of the world for betterment. With the arrival of globalization the world has become more interconnected and thereby, more complex. Due to this explosive growth in the financial industry and the global economy, high quality statistics are pivotal in facilitating the policy making in both private and public sectors. Thus, contribution of statistics for this new and rapidly changing environment has become of even greater importance.

Therefore, Stat Circle presented “Statistics for a Better Tomorrow” as the theme of Stat Day – 2017 which was organized succefully for the 14th consecutive time, to highlight the importance of statistics as the path to a better tomorrow.

The spotlight of the event was the keynote speech delievered by Dr. Indrajit Coomaraswamy, Governor of Central Bank of Sri Lanka. With his vast experiences and knowledge, he was able to awe the audience with his speech. In his speech, he highlighted the prospects, plans and policies of the government of Sri Lanka and the role of Statistics and Statisticians. He emphasized on the latter saying, “The role of Statistics is becoming increasingly important today with the advancement in technology revolutionizing the way data is collected and processed. Statistical information provide a useful basis for the formulation of decisions by individuals, by businesses, and by policy makers. The effectiveness of decision-making depends on the quality of statistics collected and the capability for interpreting them. Statistics are also required to communicate the decisions taken to the public in a credible and a consistent way”.

Explaining further how statistical techniques are used in the Central Bank of Sri Lanka he added “Within the Central Bank we have evolved univariate forecast to more sophisticated multivariate systems or models, with the progress of Statistical Science and increasing availability of data with high frequency and timeliness. The Central Bank of Sri Lanka has developed updated sophisticated modelling techniques such as factor augmented vector auto-regression models and the Bayesian vector auto-regression models for near term forecasting and Neo Keynesian open economy model for medium term forecast. These have become common workhorse models in forecasting policy analysis within the Central Bank and they play a very important role in the everyday work of the organization”.

He concluded the speech by stating “I’m confident that the Stat Day – 2017 will achieve its objective of highlighting and creating awareness about the pivotal role that Statistics play in day to day life. I wish all of you the best for a successful event and congratulate all of you in organizing what is a very important event which you have successfully conducted I believe for 14 years now”.

Another highlight of the event was the guest speech delivered by Dr. Amara Satharasinghe, Director Genaral of the Department of Census and Statistics. In his speech he emphasized the importance of Statistics for measuring sustainable development by saying “On September 25th 2015, countries of the United Nations adopted a set of goals to end poverty, protect the planet, and ensure prosperity for all as a part of the new sustainable development agenda. The Sustainable Development Goals officially known as ‘Transforming our world: the 2030 agenda for sustainable development’, is a set of seventeen Goals with 169 targets and 230 indicators between them”.

Further he added “One use of these Indicators is to monitor progress in achieving sustainable development Goals. Statisticians together with the relevant stake holders have a role in making avaiable these statistics accurately, reliably and in time as these are essential to show where the goals are being met and where they are not and focus the attention on the need for immediate aciton”.

He concluded his speech by adding “In a Better Tomorrow, we all and our unborn children will proudly stand as a happy and a developed nation. As explained, statistics are instrumental in measuring and managing the development process. The development results achieved by 2030 will largely depend on the availability and appropriate use of timely and quality statistics on the 17 sustainable development goals.I am sure that the Stat Day organized annually by the Stat Circle of the University of Colombo, will contribute to increase the awareness among many parties of the important role Statistics play in all aspects of social and economic life in the country and in preserving the environment for posterity. I wish all the best for a yet another successful Stat Day”

The Inter School Poster Competition which was conducted for the schools of western province added color to the event. This was organized for the first time by the Stat Circle in coinciding with the Stat Day – 2017. A team of 5 members were entered in the competition by each participated school and in advance to the competition Stat Circle organized two workshops for the participants to improve their knowledge on Statistics. After these workshops participants submitted their posters from which the top 5 posters were displayed at Stat Day – 2017. The championship of the competition was won by Ramanathan Hindu Ladies College – Colombo and 2nd, 3rd, 4th and 5th places were won by Holy Family Convent –  Bambalapitiya, Visakha Vidyalaya – Colombo, Kolonnawa Balika Vidyalaya, and Hindu Ladies College – Colombo respectively.

Marking the end of the morning session was another key episode of the Stat Day 2017, the panel discussion. The panelists were Dr. Asoka Ramanayake – Senior Lecturer of Department of Statistics, University of Colombo, Mr. Chamara Gunathilake – Senior Vice President, Moody’s Analytics Knowledge Services Lanka (PVT) Ltd., Dr. Dileepa Ediriweera – Lecturer in Medical Informtaics, Faculty of Medicine University of Kelaniya, Mr. Ravi Bamunusinghe – Managing Director/Lead Researcher of Research Consultancy Bureau. The audience was intrigued by their ideas on the theme of the event “Statistics for a Better Tomorrow”.

The evening session of the event was allocated for the Prof. V.K. Samaranayake Memorial Inter University Quiz Competition. Quiz teams from several state universities took participation for this event. After the initial rounds of the quiz, there was a tie for the championship between University of Colombo and University of Kelaniya teams. From the tie break round, University of Colombo team emerged as the champions of the Prof. V.K. Samaranayake Memorial Quiz and University of Kelaniya emerged as the Runners-Up. End of the quiz competition marked the conclusion of another successful and a memorable Stat Day. 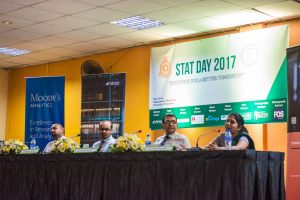 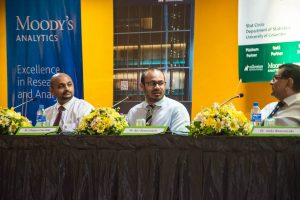 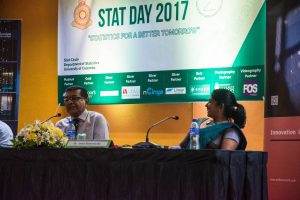 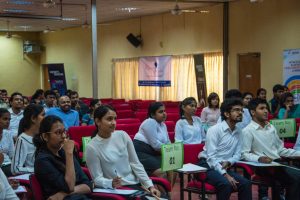 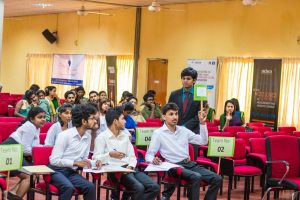 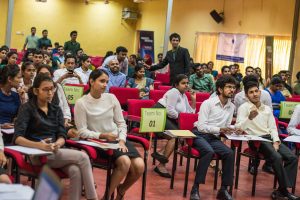 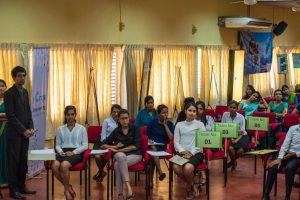 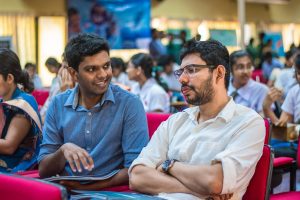 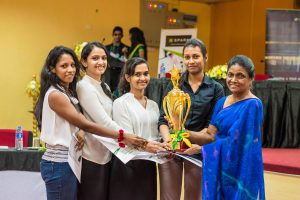 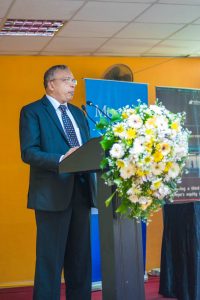 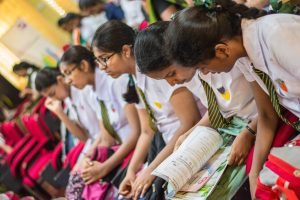 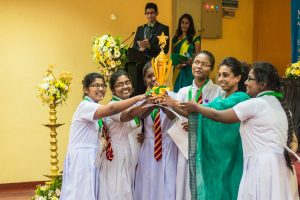 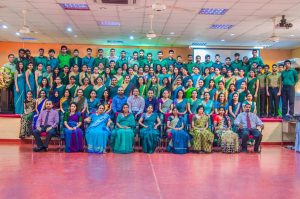 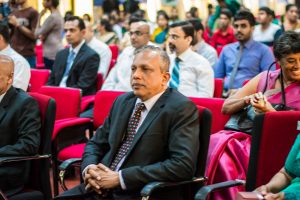 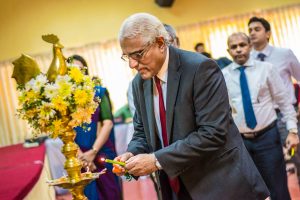 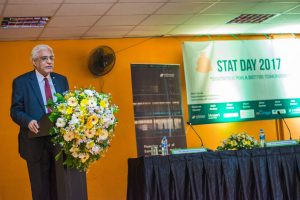 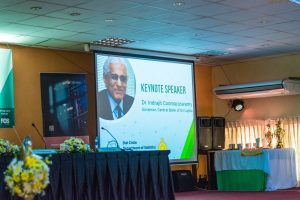 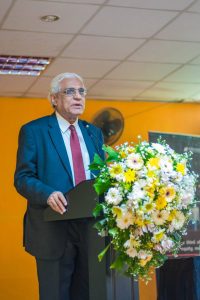 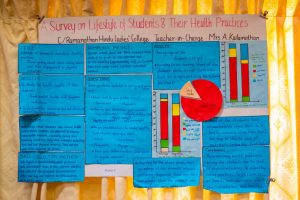 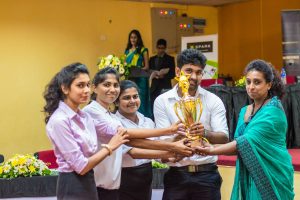 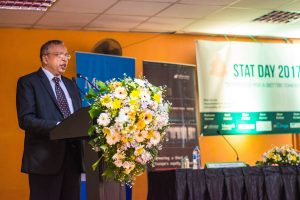 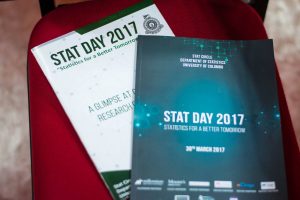