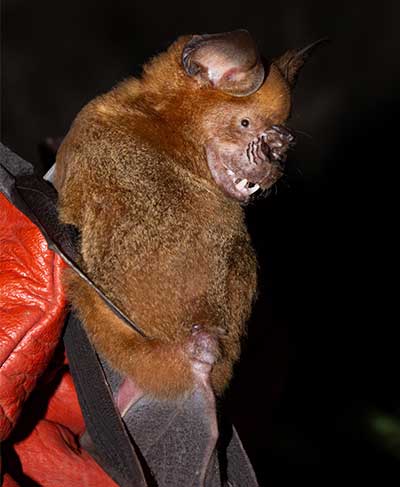 New Scientific Finding by the Scientists of the University of Colombo; Sri Lankan Bats and Bat-Coronaviruses

“Corona” has been a word that tormented a whole world for more than a year since the end of 2019. What is this Corona? It created a global level pandemic by infecting more than 180 million people across 220 countries and caused the death of more than 3.9 million patients. 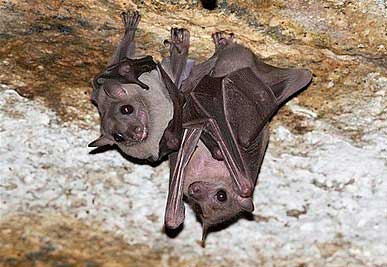 How this corona came into being? How did it cause such damage within a short period? These have been frequently asked questions in the recent past. SARS-CoV-2 belongs to a large family of viruses called ‘Corona Viruses’. This group consists of four different genera named Alpha, Beta, Gamma, and Delta. Various types of coronaviruses which infect humans, as well as other animals, belong to these four types. So far, seven human coronaviruses have been identified including SARS-CoV which spread in China during the year 2003, MERS-CoV that spread in the Middle East during 2012, and SARS-CoV-2 which caused the recent global pandemic.

Coronaviruses are important pathogens for humans and vertebrates. They can infect the respiratory, gastrointestinal, hepatic, and central nervous systems of humans, livestock, birds, bats, mice, and many other wild animals. Among the animals, bats have been reported to be a reservoir host for some coronaviruses, SARS and MERS being the best examples. When these viruses start animal‐to‐human and human‐to‐human transmission it marks a zoonotic event. Zoonotic spillover event is when a reservoir population such as bats, with a high pathogen prevalence, comes into contact with a novel host population such as humans.

However, for the transmission from animal to human to happen, important evolutionary changes should take place within the virus in form of mutations. The pathogen transmitted from the reservoir population may or may not be transmitted within the host population. Otherwise, even though the possibility remains, within the animal reservoir, the virus is quite harmless for humans. So, what is this ruckus about the new scientific finding done by the group of scientists of the Faculty of Science of the University of Colombo, in collaboration with the Robert Koch Institute, Germany? With the emergence of SARS-CoV-2 in 2019 interest in the prevalence of coronaviruses in bats was piqued. However, this study was being undertaken since the year 2017, even before corona brought about this pandemic.

Bats (Chiroptera) are an order of mammals with the 2nd highest variety of species worldwide. In Sri Lanka, the suborders of Yinpterochiroptera and Yangochiroptera are both represented in high numbers, accounting for almost 1/3 of the Sri Lankan mammals with 31 different species. Their species variety and other unique features, specifically their ability to fly long distances, their migratory behavior, and gregarious roosting habits, make them important virus reservoirs naturally. Thus the study of these unique animal hosts is an important field of virology to learn more about the co-evolution of bats and viruses and the potential zoonotic transmission of viruses from bats to humans.

Moreover, advanced knowledge on viral transmission mechanisms and virus-host interactions could facilitate the development of antiviral drugs and vaccines as well as preparation against potential pandemics in the future. When considering the high diversity among these animals, the research team successfully assumed that Sri Lankan bat populations might be habouring medically important pathogens including Coronaviruses. Accordingly, the research was conducted based on the said assumption. Investigations were carried on different bat species living in a sympatric colony in the Wavul Galge cave, Koslanda, Sri Lanka.

In three field sessions carried out in 2018 and 2019, the research team captured 395 bats that belonged to Miniopterus, Rousettus, Hipposideros, and Rhinolophus genera. Samples have been collected in form of either rectal swabs or fecal samples and were subjected to screening for coronaviruses using nested PCR method and other different molecular techniques. By the end of the study, the research team has been able to detect α and β CoVs in M. fuliginosus and R. leschenaultii bats respectively, for the first time in Sri Lanka.

Results of this research indicate that the detected CoVs are host-specific for the respective bat species and, despite the sympatric cohabitation in the Wavul Galge cave, an inter-species transmission has not been observed. This supports the assumption that only particular bat species serve as a natural reservoir for harmful human-pathogenic viruses like SARS-CoV, while spill-over events may occur because of environmental impact and the intrusion of humans into the living areas of the bat species. According to this particular research, studying bats and monitoring their viruses as well as the respectful interaction with their natural habitats are both important factors to better understand and prevent zoonotic transmission from bats to humans. 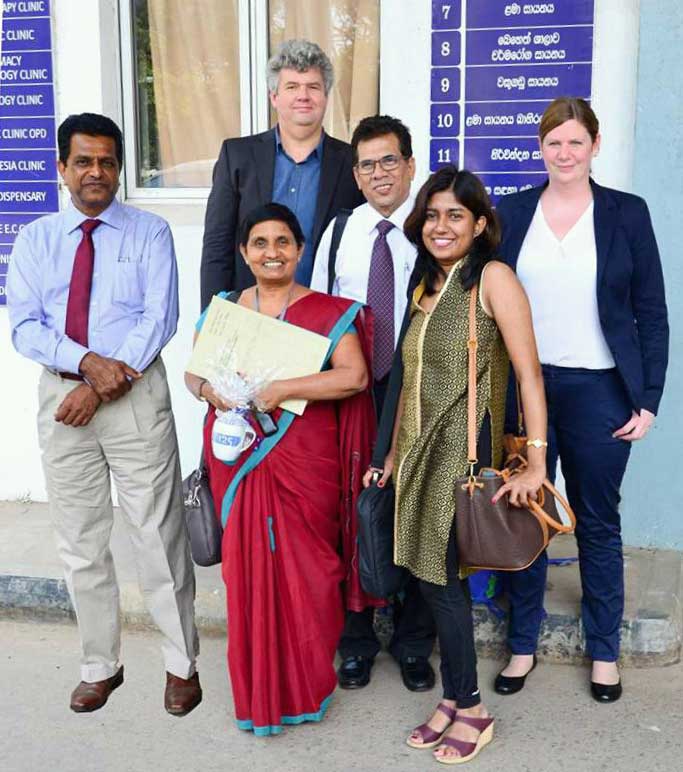 The research was carried out mainly for the Ph.D. studies of Ms. Therese Muzeniek from the Robert Koch Institute, Centre for Biological Threats and Special Pathogens, Highly Pathogenic Viruses Division (ZBS1), Berlin, Germany and Ms. Thejanee Perera from the Institute of Biochemistry, Molecular Biology and Biotechnology, University of Colombo, Sri Lanka within the IDEA project under Global Health Protection Programme. Prof. Wipula B. Yapa, Emeritus Prof. Sunil Premawansa, Prof. Inoka C. Perera, and Mr. Sahan Siriwardana from Identification of Emerging Agents (IDEA) Laboratory, Department of Zoology and Environment Sciences, the Faculty of Science, University of Colombo along with Dr. Gayani Premawansa from North Colombo Teaching Hospital, provided their contribution in making this research a success.

As the faculty of Science, University of Colombo, we congratulate the research team for their important findings and we are humbly proud that such a talented team is a part of the faculty. Because science holds the key to many challenges we face.

Research on Language Rights and Gender Equality and Women's Empowerment