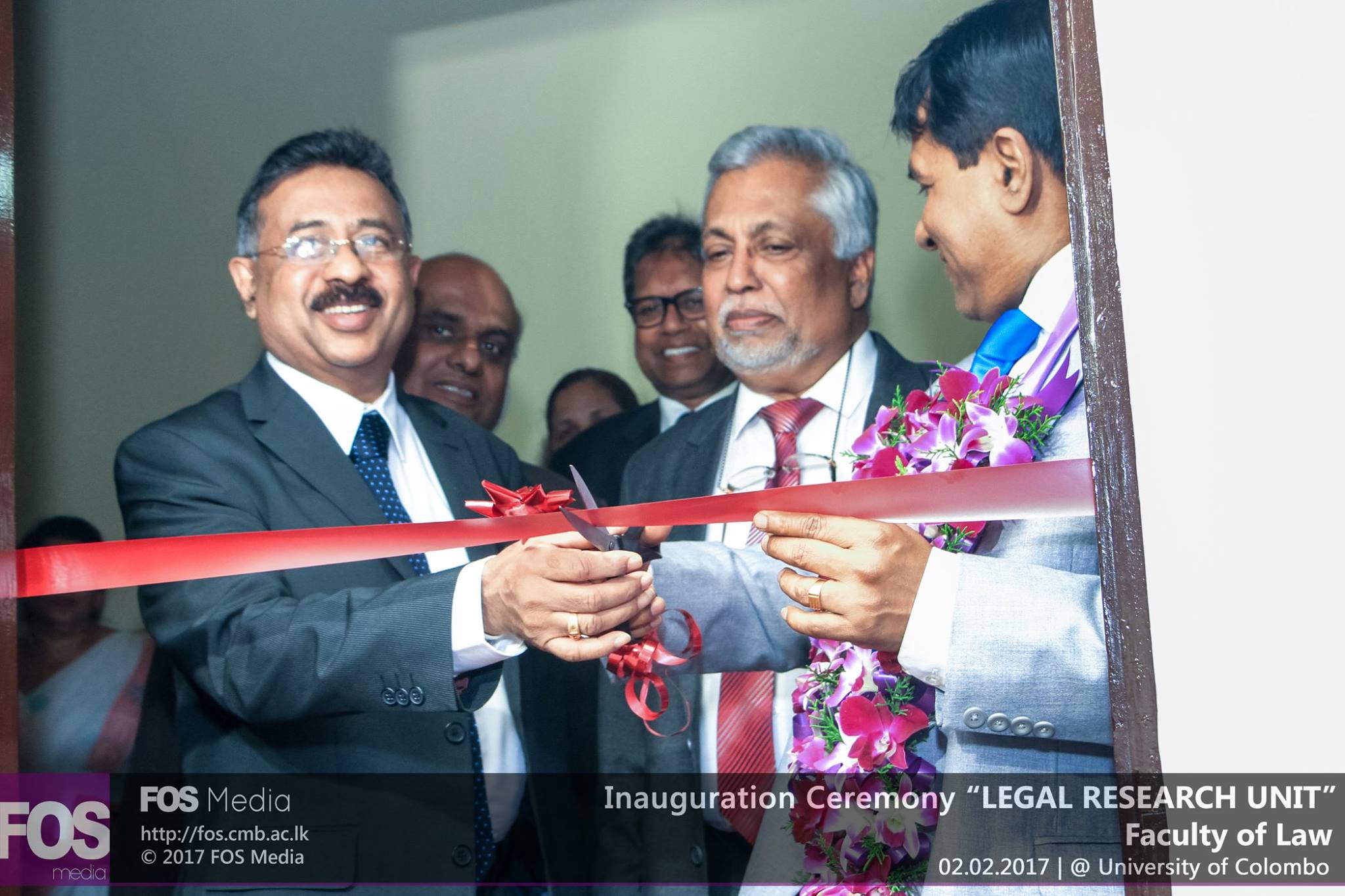 The aim of opening the Legal Research Unit is mainly for the purpose of enhancing legal research among the legal institutions in Sri Lanka, academics, professionals and students.

Minister of Justice and Buddhasasana Hon. Dr. Wijeyadasa Rajapakshe P.C graced the occasion as the chief guest. Amongst other distinguished invitees were the Attorney General of Sri Lanka Hon. Jayantha Jayasuirya P.C., Mr. Padmasiri Jayamanna, Secretary to the Ministry of Justice and Buddhasasana and Secretary to the Ministry of Defence Eng. Karunasena Hettiarachchi.

Upon his arrival, Minister of Justice and Buddhasasana was warmly received by the Vice Chancellor Senior Professor Lakshman Disanayake and Mrs. Indira Nanayakkara, Dean, Faculty of Law, University of Colombo.

Former Deans, Members of the Faculty of Law and the staff of the Ministry of Justice were present at the ceremony.

The Legal Research Unit will provide a better atmosphere for further developments in legal research and law reforms and upgrading the judicial system of Sri Lanka to international levels.

The highlights of the Honourable Minister’s speech, is reproduced below:

IN PARTNERSHIP WITH FACULTY OF LAW, UNIVERSITY OF COLOMBO

The Government of Sri Lanka (GoSL) has made a budgetary allocation to facilitate legal research and to establish a unit for such research in its Budget proposals for 2016. In acting in accordance with this decision, the Ministry has expressed interest in partnering with the Faculty of Law of the University of Colombo. Accordingly, initial meeting between Ministry of Justice and the University of Colombo was held on 11/02/2016 at the Ministry.

It was proposed to establish a new unit for the said purpose in partnership with the law teaching state funded institutions in Sri Lanka with the Faculty of Law, University of Colombo being the lead partner. State funded universities are established under the Universities Act of Sri Lanka on the basis of academic freedom and autonomy.

The objectives of the independent unit, housed in the University, would include:

MOU between the University of Colombo and the Ministry of Justice was signed on 06/10/2016.

His Excellency Mr.Riaz hamidullah, the high commissioner of People’s Republic of Bangladesh visited University of Colombo