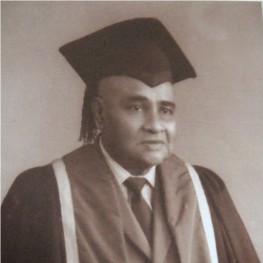 Sir Nicholas Attygalle hailed from the famous Attygalle family of Madapatha. The Attygalles of Madapatha were well known Traditional Ayurvedic Physicians for several generations, and it is said that the recipe for the famous “Madapatha pill” purported to cure gastrointestinal diseases is still with the family. Sir Nicholas’ paternal grandparents lived in Madapatha, but his father, Don Louis Attygalle, settled in Ratnapura as he was appointed shroff and later Mudaliyer at the Ratnapura Kachcheri. Don Louis Attygalle practiced Ayurveda as a hobby, married Docelia Jane Haddagoda, and had 11 children, 9 boys and 2 girls. Young Nicholas was born on 14th July 1894 as the 5th child.0
When Nicholas was 17 years, tragically he lost his father. Arnold the eldest who shouldered the responsibility for caring for the younger siblings remained a bachelor. He was a prominent personality in Ratnapura at the time is credited for having played a role in the establishment of the first Buddhist School in Ratnapura, Sivali Vidyalaya. It is recorded that the children were not brought up in an affluent environment and the nature of the difficulties he experience perhaps endowed him with the strong will he displayed in later years. Nicholas was educated initially at St. Luke’s school in Ratnapura, and then at Royal College, Colombo. He entered the Medical College in 1913, and completed LMS in 1919 obtaining a first class in the Final Examination as well as coming first in the batch. He was awarded the Vanderstraten Gold Medal for Pathology. His early days as a doctor were spent working in the provinces. His commitment to duty saw him working under difficult circumstances, sometimes sleeping in a tent by the side of a tank or walking through the elephant infested jungle from village to village treating patients suffering from yaws.

In February 1925 he married Conyta Attygalle, who was the granddaughter of John Attygalle, one of the first Western qualified doctors among the Sinhalese. Conyta and Dr. Nicholas were blessed with two children Lakshman and Anula.

From 1925 to 1929, Dr. Nicholas trained in the United Kingdom, and returned to Ceylon, with MRCS, LRCP (Lond), DLO (Lond) and FRCS. On his return, though adequately, he was denied the post of ENT surgeon, as the post was being kept for another who was still in training. He was appointed District Medical Officer, Nawalapitiya, where he had no facilities to practice his specialty.

He was appointed as a Demonstrator in Anatomy at the Colombo Medical School in 1931. With the FRCS qualification he must have been the most overqualified person to have held this post to date. After successive appointments as Surgical Registrar, General Hospital (1932) and Senior Clinical Tutor (1933), he was selected to be trained as the Gynaecologist of the General Hospital, by the then Director, Health Services, Dr. Rupert Briercliffe pending the retirement of Dr. Lucian De Zilva. Dr. Nicholas was the first Ceylonese to obtain MRCOG (Gr Britain). From Great Britain he proceeded to Vienna, as it was the practice then and followed a course in Gynaecological Pathology and Physiology where he also studied operative techniques in Gynecology. He qualified to be enrolled as a member of the Austrian Medical Association. On his return he succeeded Dr. Lucian De Zilva as the Gynecologist of the General Hospital in 1935 and ward 9 (now ward 39) which became his domain remains the University Gynaecology Ward even to date.

Among his close associates who made a significant contribution to Medicine are those such as Prof. F. J. Browne of the University College Hospital, London; Mr. C. M. Gwillim of St George’s Hospital and Samaritan Hospital; Dr. Samson Wright the well known Physiologist; Mr. McNeil Love and Sir Webb Johnson, later Lord Johnson. Of these Mr. Gwillim had a special link with Ceylon. Mr. Gwillim’s early education was at Wesley College, as his father worked for the Ceylon Railway. He returned as an examiner at MBBS and MOG examinations and also introduced vaginal hysterectomy to the University Ward headed by Prof. Attygalle. Dr. Samson Wright was a great Physiologist whose text book on Applied Physiology was very popular among Medical Students, both in Sri Lanka and overseas. Elsewhere Sir Johnson was the President of the Royal College of Surgeons and was the Surgeon to the Royal family.

Dr. Nicholas Attygalle was appointed Professor and Head of the Department of Obstetrics and Gynecology, Faculty of Medicine, University of Ceylon in 1944. He succeeded Prof. W. A. E. Karunaratne as the Dean of the Faculty in 1945 and held the post with distinction until 1953. During his tenure as Dean, several new Departments, namely Departments of Bacteriology, Biochemistry, Paediatrics, Parasitology and Pharmacology were established in the Colombo Medical Faculty. Postgraduate examinations in Medicine (MD, MS and MOG) also commenced during this period.

He succeeded Sir Ivor Jennings as the first Ceylonese Vice Chancellor in 1955 and held this post until 1966. His ambition was to see a fully pledged residential University with all Departments of Studies, Arts, Science, Agriculture, Medicine, Dentistry, Veterinary Medicine, Engineering, Architecture etc. Progress and Development did not come easy then as they are now. Sir Nicholas had to face much opposition, but finally the good cause won and he relocated to and also established many disciplines at the University of Peradeniya during his tenure as Vice Chancellor. Being at the helm of the University for 11 long years, handling affairs of the University and different generations of students both in Colombo and Peradeniya would not have been by any means an easy task.

In 1952, he was appointed to the Senate, the Upper House of the then Parliament, and was made its president in 1953. In 1953, her Majesty the Queen honoured him by making him a Knight Bachelor of the Empire, for extremely valuable contributions made to the health sector and University Education and in particular to medical education.
He set high standards in the practice of Obstetrics and Gynaecology and was responsible for the renaissance of that discipline. He trained his assistants and registrars in operative techniques directly under his supervision, beginning with minor procedures and gradually moving to major surgery. Sir Nicholas was the first Ceylonese to practice both Obstetrics and Gynaecology as others before him chose to practice one of those specialties. His trainees received a combined training in both. Royal College of Obstetricians and Gynecologists awarded him the Fellowship and he became the first Ceylonese to hold fellowships from both the Royal College of Surgeons and Royal College of Obstetricians and Gynaecologists. He is credited with Dr. S.L. Navaratnam for having had the foresight to propose for a second maternity Hospital, at Castle Street, Colombo, who was the Senior Obstetrician at the De Soysa Hospital for Women at the time. He also performed the first lower segment Caesarian Section in 1948. He was the Founder President of the Association of Obstetricians and Gynaecologists of Ceylon, now the Sri Lanka College of Obstetricians and Gynecologists. Later he was elected its patron and held this office until death.

Sir Nicholas had a very strong will and displayed great moral, mental and physical strength. He was very precise with his staff. Nothing was allowed to be overlooked or relegated to a future date and everything had to be done to perfection. He never forgave or forgot untruth or dishonesty. Though he was a hard task master and a stern disciplinarian, underneath the stern and sometimes terrifying exterior; there was wisdom, kindness, sympathy and humanity. He had a sympathetic ear and offered wise counsel to those in need among all grades of staff who worked with him.

Sir Nicholas was an eminent Buddhist and devoted much of his time to Buddhist activities both locally and internationally. He succeeded late Mr. S. W. R. D. Bandaranaike as the President of the Theosophical Society. Among the numerous offices held by him are, President of the Inter University Board of India and Sri Lanka, Member of the Council of the Association of Commonwealth Universities; Member and President of the Sri Lanka Medical Association; Member and President of the Ceylon Medical Council; Chairman of the National Science Council; Vice President of the Royal College Union; Chairman of the Board of Trustees of Ananda College, Colombo.
Sir Nicholas passed away on the 27th March 1970. Nearly 20 years of his working life was as a University Administrator, first as the Dean, Faculty of Medicine in Colombo and then as the Vice Chancellor of the University of Ceylon. He left lasting impressions on both Institutions and the graduates of the “Nicholas Attygalle Era” hold him with high regard as well as respect for his fearless leadership in directing the University system in the post colonial period. Men of such caliber are not born every day.