The felicitation of Professor Jayadeva Uyangoda followed by a panel discussion on his latest publication "Social Research: Philosophical and Methodological Foundations" 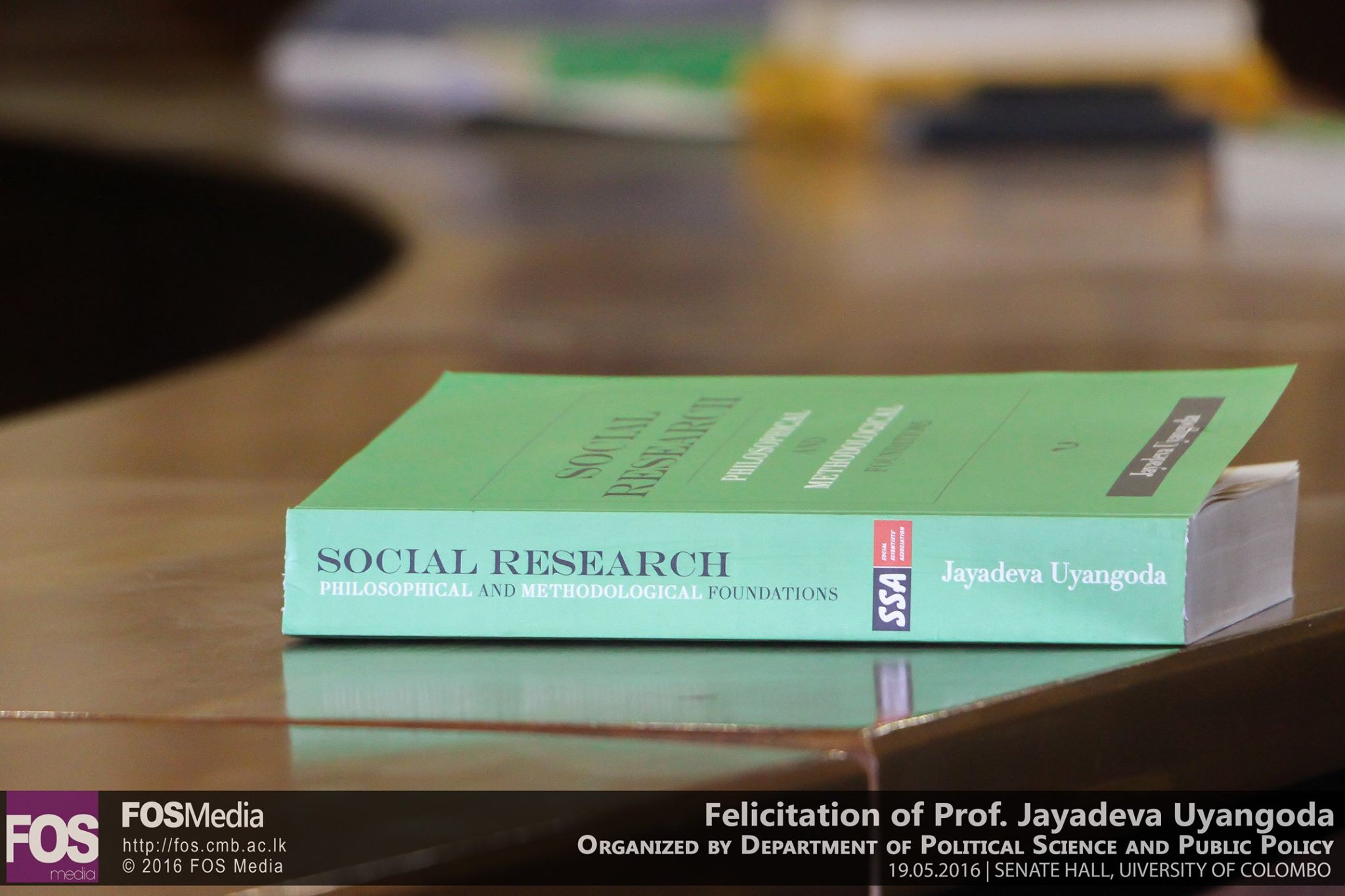 The felicitation of Professor Jayadeva Uyangoda followed by a panel discussion on his latest publication “Social Research: Philosophical and Methodological Foundations”

The Department of Political Science and Public Policy, Faculty of Arts organized the felicitation of Prof. Jayadeva Uyangoda followed by a panel discussion on his latest publication Social Research:  Philosophical and Methodological Foundations was held on 19th May, 2016 at The Senate Hall, College House, University of Colombo.

Prof. Jayadeva Uyangoda is a Senior Professor of Political Science who served the Faculty of Arts for over three decades. He obtained his Bachelor’s degree from the University of Peradeniya, and his PhD from the University of Hawaii, USA. During his academic career, in addition to teaching, he contributed to Political Science and Social Science research extensively. He has authored more than fifteen books; fifteen edited volumes; ninety journals and book chapters, many of which are widely used in the field of Political and Social Sciences in Sri Lanka, and are considered key texts in the field. As a teacher, Prof. Uyangoda has guided generations of students across disciplines.

Prof. Uyangoda’s contribution is not limited to academia. He has actively taken part in the political process in the country, particularly in the Constitution building efforts and peace process of the late 1990s. He was also one of the protagonists of the university governance restructuring process that initiated the FUTA agitation.