Minister of Science, Technology and Research, Susil Premajaytha has announced that a Steering Committee will be established in Sri Lanka to develop physics education at the high school and university levels and to strengthen cooperation with the European Organization for Nuclear Research (CERN), the Sri Lanka mission in Geneva said.

The following the statement issued by the Geneva mission: ” The Committee would comprise of a core group drawn from universities and relevant agencies, such as the Ministry of Science, Technology and Research, COSTI, NSF, etc.

“The Minister made this observation when he addressed an event on Wednesday 3 May 2017 in Geneva, to mark the visit to CERN by the first scientific delegation from Sri Lanka comprising 5 Sri Lankan physicists representing universities of Sri Lanka from 3-5 May 2017. Sri Lankan Permanent Representative to the UN in Geneva and Consul General to Switzerland Ravinatha Aryasinha and officials of the Mission who initiated the process were associated in the event.

“Minister Premajaytha noted that as a follow up to the visit, a Road-Map will be evolved to enhance scientific collaboration in High Energy Physics between the scientific community of Sri Lanka and CERN. This will include enabling Sri Lankan scientists to join the Compact Muon Solenoid (CMS) Experiment and other processes at CERN and thereby to be exposed to cutting edge technology and research in high energy physics. A delegation from CERN will also visit Sri Lanka later in the year to promote the education of Particle Physics in general, among high school students and teachers, undergraduates and scientists.

“Welcoming the Minister and the Sri Lankan delegation to CERN, Director of International Relations of CERN Charlotte Warakaulle recalled the excellent relations between Sri Lanka and CERN, and particularly the intensity with which Sri Lanka had engaged with CERN over the past year. She commended the efforts of Minister Premajayantha in nurturing the young scientists of Sri Lanka, and assured CERN’s continued support to developing scientific education in Sri Lanka at both the High School and University levels.

“Ambassador Ravinatha Aryasinha noted that cooperation between Sri Lanka and the European Organization for Nuclear Research (CERN) was formally initiated in June 2015, following the signing of an ‘Expression of Interest’ (EOI) Agreement between then Director General of CERN, Prof. Rolf-Dieter Heuer and himself. This enabled 2 Sri Lankan undergraduate students to join the CERN Summer Student Programme in June 2016, and also for Sri Lankan teachers to apply to participate in the CERN High School Physics Teachers Programme. Dr. Rüdiger Voss, Senior Advisor of CERN was a special invitee of the Government at the Science and Technology for Society Forum (STS Forum) held in September 2016 in Colombo. Relations between Sri Lanka and CERN was upgraded when in February 2017, Minister Premajayantha signed the International Cooperation Agreement concerning Scientific and Technical Cooperation in High Energy Physics with CERN Director for International Relations Charlotte Lindberg Warakaulle, and Sri Lanka became the 47th country to sign an ICA with CERN. At the time, Minister Premajayantha pledged to send a delegation of physicists to CERN to familiarize themselves with the research work underway and to scope out how the two scientific communities could collaborate effectively. He noted that this year, from among 943 global applicants, which included 25 from Sri Lanka, CERN selected 4 undergraduates who will participate in the 2017 Summer Student Programme next month. As the Chair of the Group of Fifteen (G-15), Sri Lanka has also signed an ‘Expression of Interest’ between CERN and the G-15 which actively seeks opportunities of cooperation, and under which CERN has agreed to host 40 teachers from G- 15 countries this year to participate in a CERN Teacher Programme.

“During their stay in Geneva, the Sri Lankan physicists familiarized themselves with the several facilities in CERN, including the CERN Data Centre, the Antiproton Decelerator, the Compact Muon Solenoid (CMS), the Gas Electron Multiplier (GEM) Lab and the S’Cool lab for High School students. The physicists also held extensive discussions with the Spokesperson team and Project Managers of the CMS facility on future collaboration between the universities in Sri Lanka and the CMS experiments. In addition, the delegation visited the Synchrocyclotron and the Large Hadron Collider (LHC) superconducting magnet test hall and the Microcosm and Globe exhibitions. The programme concluded with a discussion on follow-up action with the participation of the physicists, the officials from Permanent Mission of Sri Lanka led by Ambassador Ravinatha Aryasinha and the CERN officials led by Prof. Emmanuel Tsesmelis, the Head of Relations with Associate Members and Non-Member States of CERN. Mr. Joel Butler, Spokesperson of CMS, Dr. Archana Sharma, Senior Particle Physicist CMS, Dr Ana Godinho, Head, Education, Communication and Outreach Group and Dr Sasha Schmeling, Section Leader, Teacher and Student Programmes were associated in the discussions. 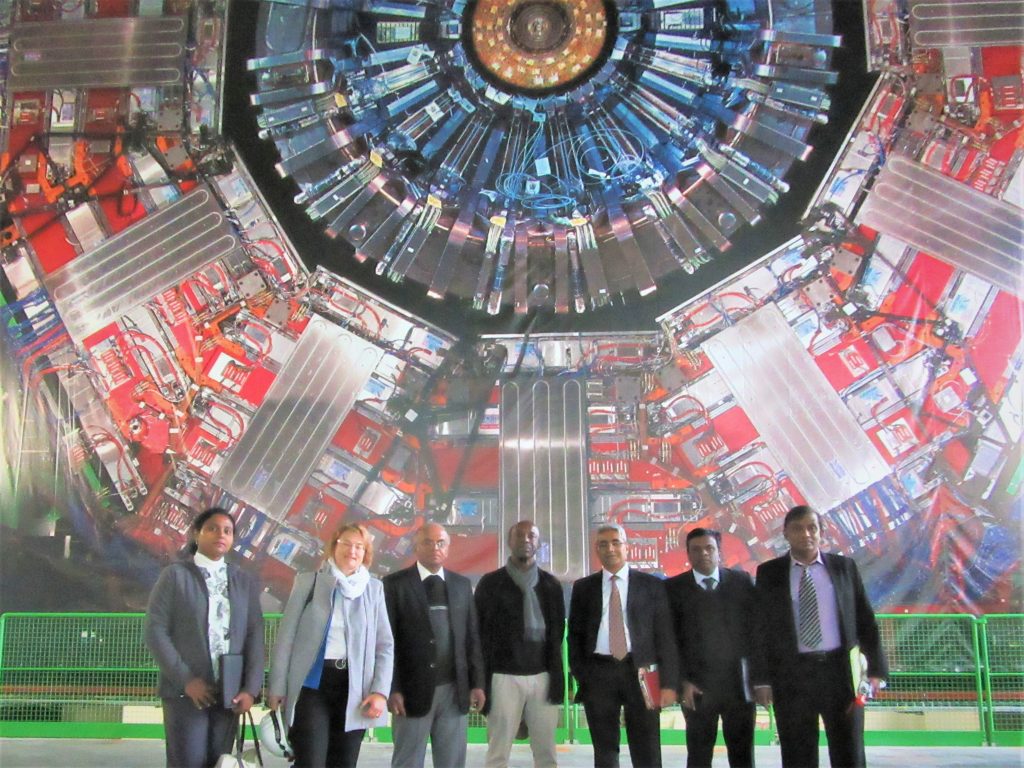 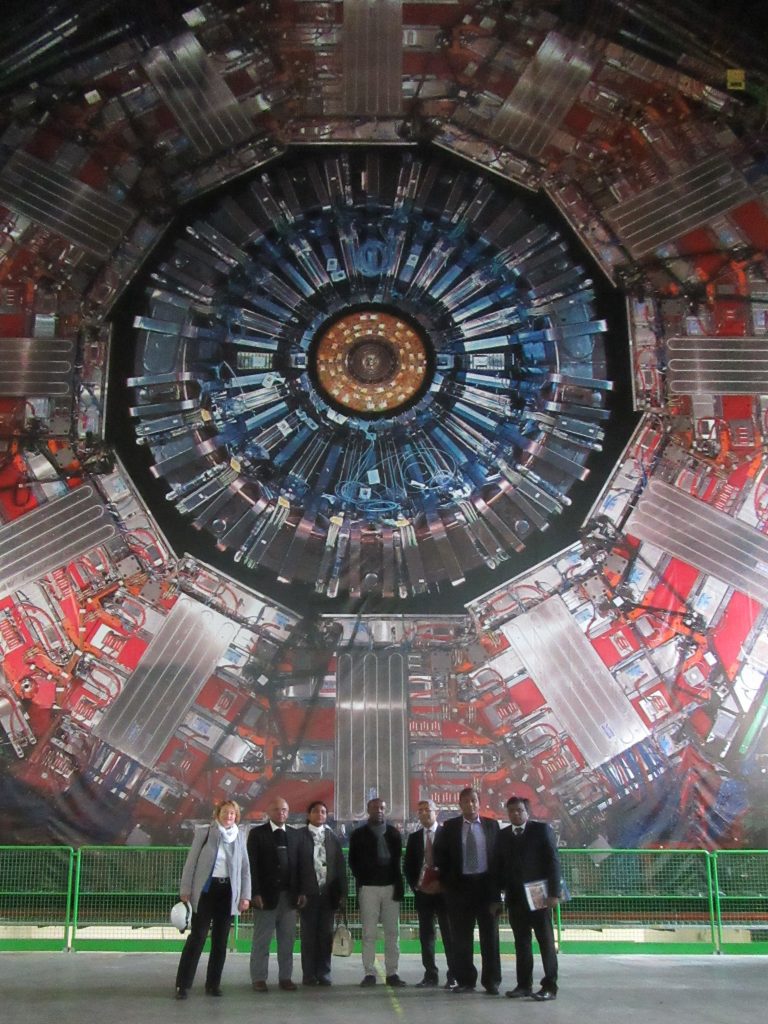