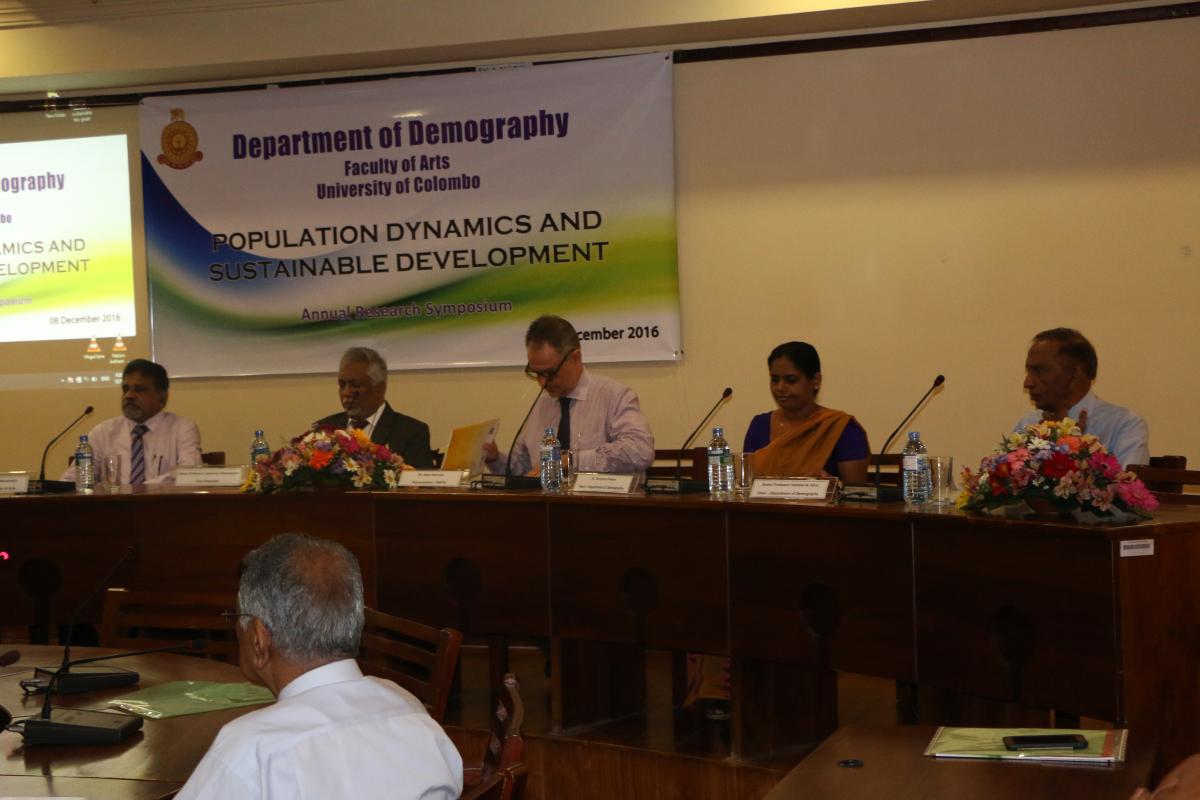 The Annual Research Symposium of the Department of Demography, under the main theme of “Population Dynamics and Sustainable Development”, was held on 8th December 2016, at Faculty of Arts, University of Colombo, .

Vice Chancellor, University of Colombo and Senior Professor of Demography

This paper presents the contributions of each demographic component-the current age structure of population, fertility, mortality and migration-to future population growth in Sri Lanka. Quantifying the roles of the demographic drivers of future population trends is important for developing policies and programmes aimed at balancing impending demographic changes and social, economic and environmental objectives. Contributions of demographic components have been estimated by constructing a series of appropriate cohort-component population projections: Standard, Natural, Replacement and Momentum. The analysis is based on the 2012 census of Sri Lanka.

The analysis presented in this study quantifies the contribution of the current age structure of a population, fertility, mortality, and migration to future population growth. To measure the contribution of a single demographic component, this report relies on a procedure proposed by Bongaarts and Bulatao (1999). It consists of constructing a series of appropriate cohort-component population projections.

The book titled “Medium-Term Population Projection for Sri Lanka: 2012-2037” written by Senior Professor Lakshman Dissanayake, the Vice Chancellor of the University of Colombo was launched at this event.

The President’s Awards 2016 for Scientific Publication

SLAAS sessions at the Faculty of Education