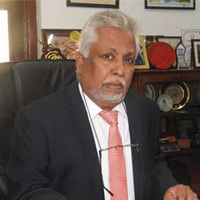 During Professor Dissanayake’s tenure in the University of Colombo, he was appointed to various Academic as well as Administrative positions. He has served as the academic sub-warden, academic warden, student counsellor, Coordinator of the Demographic Training and Research Unit, Rector of Sri Palee Campus, Dean of the Faculty of Graduate Studies. Professor Dissanayake has officiated as the Acting Vice-Chancellor of the University of Colombo on many occasions.

Professor Dissanayake has been honoured with various esteemed positions and has received awards both nationally and internationally for his contributions to the field of Demography which are highlighted here.